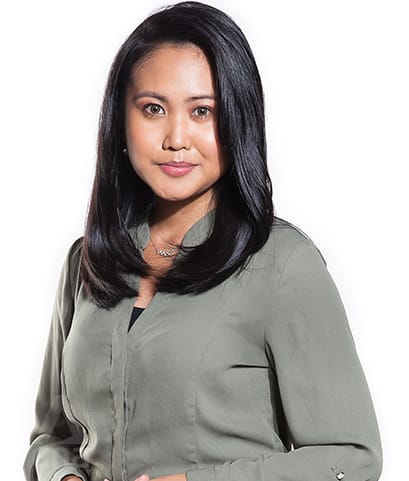 MARAWI, Philippines: The emerald green pastures embracing her community betrayed the harsh realities of life there.

Single mother Nadjera Nasser lined up with her four children to fetch water that is supplied to their neighbourhood only twice a week.

Her stomach, she said, had been rumbling. It was, after all, already the tail end of the Muslim fasting month of Ramadan.

"(Fetching water is) difficult, tiring, hunger-inducing. We’re hungry. It’s also sunny, right? I carry the water containers on my own and line up even if I’m fasting," she told CNA.

Water, a resource many others take for granted, is hard to come by in this area.

"The kids are affected. They can’t bathe every day," she added. Every drop counts for her children's hygiene.

But even as she waits for her turn, this long queue for water is not nearly as burdensome as her life's primary wait.

It has been three years since she was forced to leave her old home as militants linked to Islamic State took control of key parts of Marawi City in the Philippines' south in 2017.

Her house, located in an area where government forces and homegrown terror group Maute fought for five months, is still in a restricted zone.

Thousands like her, whose homes were reduced to rubble, are currently living in government-designated transitional shelters and waiting to return to their land. Others are living with relatives in and outside the city.

Rebuilding their lives has been made more challenging with the COVID-19 pandemic.

Construction of public infrastructure was to have started in March, but has been sidelined due to the lockdown measures to combat the pandemic.

The reconstruction of Mapandi Bridge, one of the crossings to the battle area that was once the business district, has been completed.

Construction of other key public facilities such as the Grand Padian Central Market, a school building and a 50-bed hospital has yet to start.

Mr del Rosario said procurement should continue in June and actual construction to start by July. He said the initial delay in the release of budgets to respective agencies was dealt with when the matter was raised to the president in early March.

Marawi is in the Philippines' poorest region, the Muslim-majority Bangsamoro that was formed in early 2019 through a plebiscite.

It is seen as a solution to decades-long conflict in the country's south and a means to correct marginalisation of the historically oppressed Muslim minority in Asia's bastion of Catholicism.

As of May 11, there have been a total of 11 COVID-19 cases in the Bangsamoro region, seven of whom have recovered.

There are concerns that the region's healthcare system may be overwhelmed if there is a rise in the number of COVID-19 cases.

Government data show the Bangsamoro region only has three ICU beds and six mechanical ventilators as of May 23.

All this for a population of more than four million.

Those figures are more than 20 and 50 times below the minimum standards set by the Philippines health department of one ICU bed and one ventilator per 25,000 people.

“The hardest hit, I think, among the displaced persons from Marawi are those outside Marawi City. Those stranded, evacuated in the National Capital Region in Luzon and Visayas because they’re not registered residents in that place. They are there just to seek livelihood," Mr Lininding, chair of the Marawi-based Moro Consensus Group, told CNA.

"That’s why they are appealing for help publicly. That’s the sad thing about this pandemic. Of course, they are not the priority of local government units," he said.

Mr Drieza said there are local government units that also help Marawi's displaced, but said some are left with no choice but to live in state-owned facilities like gymnasiums.

Communal prayers inside mosques are limited to fewer people as part of measures to curb the spread of the coronavirus.

"It's painful for us not to worship in mosques," said local imam Ustadz Abdul Nasser Abubakar, adding that even while the battle was ongoing in 2017, residents could at least gather in makeshift mosques at evacuation centres to worship and pray as a community.

The government said it is on track to complete by December 2021 the rehabilitation of where the Marawi battles were fought, an area comprising 24 villages that is still restricted to this day.

Mr del Rosario told CNA that the delay brought by lockdown measures means the government would have to work double time to meet its deadline.

But many of the displaced are growing frustrated.

Community leader Juhary Pacasum spoke about the concerns of those living in transition shelters.

"They should speed up the rebuilding, so we can rise up again. We can't say 'Rise Up Marawi' if we're in a transition shelter. We can rebuild our lives when we are back in our land," he explained.

Residents in their community, he said, are fighting over water rations.

He added that drains in toilets are clogged and houses too tightly spaced for safe distancing.

"Our transitional house is crowded. How can we maintain one-metre distance? If there's five in a house, safe distancing means some are already outside," he told CNA.

"We pray the clogged drains and poor water supply be solved," he said.

The situation is still volatile in the southern Philippines.

There are four major active terrorist groups in the region which pledge allegiance to Islamic State, explained analyst Rommel Banlaoi, who serves as chairman of the Philippine Institute for Peace, Violence and Terrorism.

"So they’re also following the narrative of Islamic State worldwide, and that is encouraging all their followers worldwide to continue their jihad despite the pandemic," he added.

The Philippines military says the IS-linked Maute group that laid siege to key parts of Marawi City in 2017 - or at least what remains of the group - is no longer capable of launching an attack of a similar scale.

READ: A long path to recovery: The rehabilitation of Marawi, one year after deadly siege

Experts like Mr Banlaoi agree that terrorist groups in southern Philippines now have reduced capabilities but warn that these groups have shifted tactics, avoiding face-to-face battles with the military and engaging in suicide terrorism.

And for every act of terror are innocent victims whose lives are put on hold.

Displaced mother Nadjera said she hopes she can secure a job - any job - to provide for her children's daily necessities.

She said she wants to be able to rebuild what she lost in the 2017 battle and give her children a better future.

"It's hard given the needs of my children, like their milk. Their diet should have vegetables and fruits, right? It seems that's not the case right now," she said.

At their temporary home, Mr Pacasum prepares to break his fast with family.

He looks over his wife's shoulder as she stirs a modest serving of rice and chicken meat in a timeworn pan for the evening's iftar.

Mr Pacasum then utters his life's prayer: "I hope by the next Ramadan, we'll be back in our land."