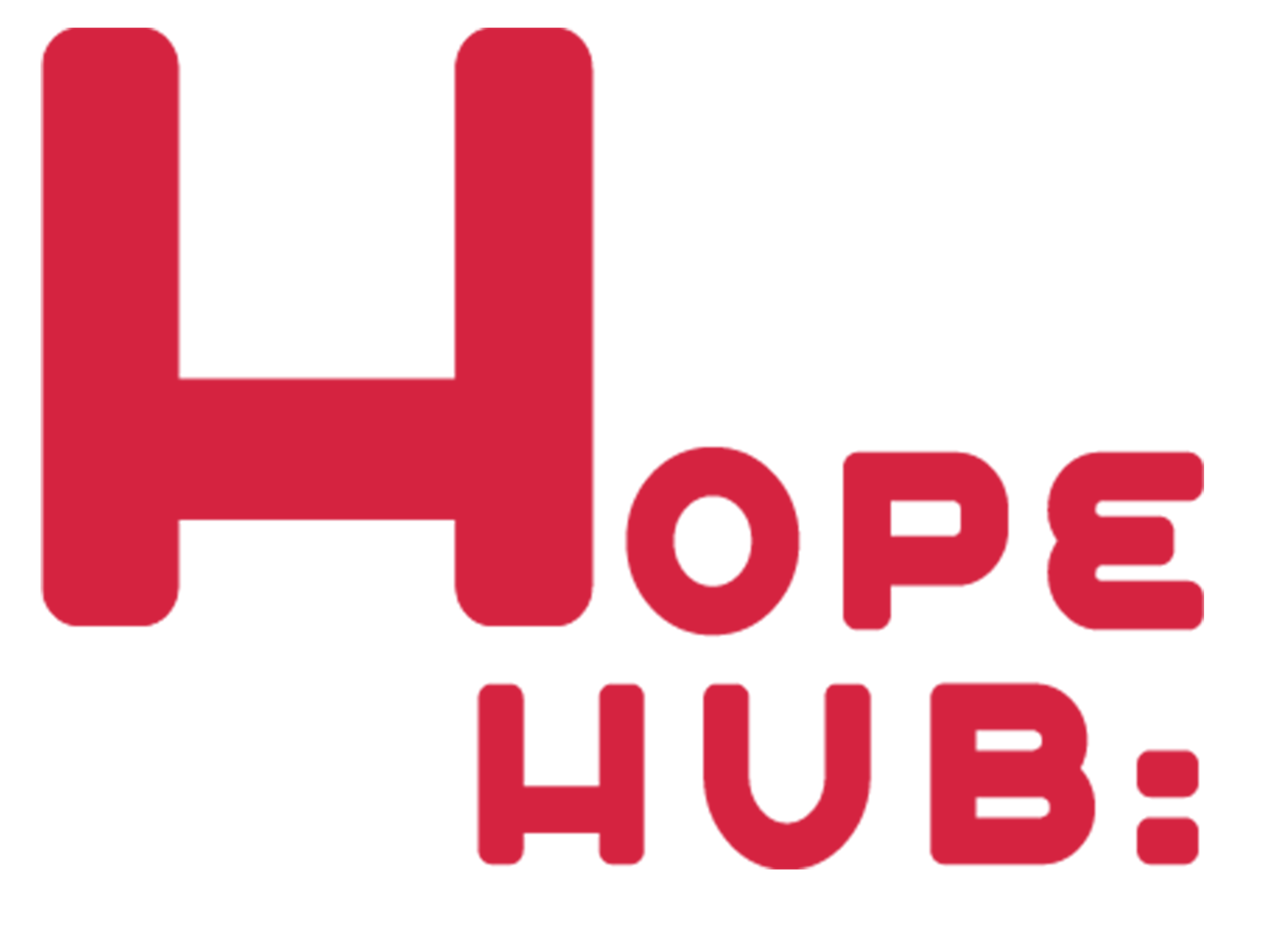 The team from Catholic High School coded a Discord bot to detect distress signals early and reach out to youth in need with empathy and reassurance.
Text Melody Tan

With 22.2 per cent of its total users – its second-largest demographic – aged between 16 and 24, Discord is a popular instant messaging platform among tech-savvy youth all over the world.

Its appeal among teenagers is the reason why the five-member team from Catholic High School’s I.O.N. (iMedia. Oculus. Nucleii.) club chose to build HopeHub, a bot that is coded to detect early signs of distress, for the platform. Said Tea Chen Yu, 14: “As issues such as stress and pressure from school are universal among us too, we thought we could leverage Discord’s popularity to reach our peers.” 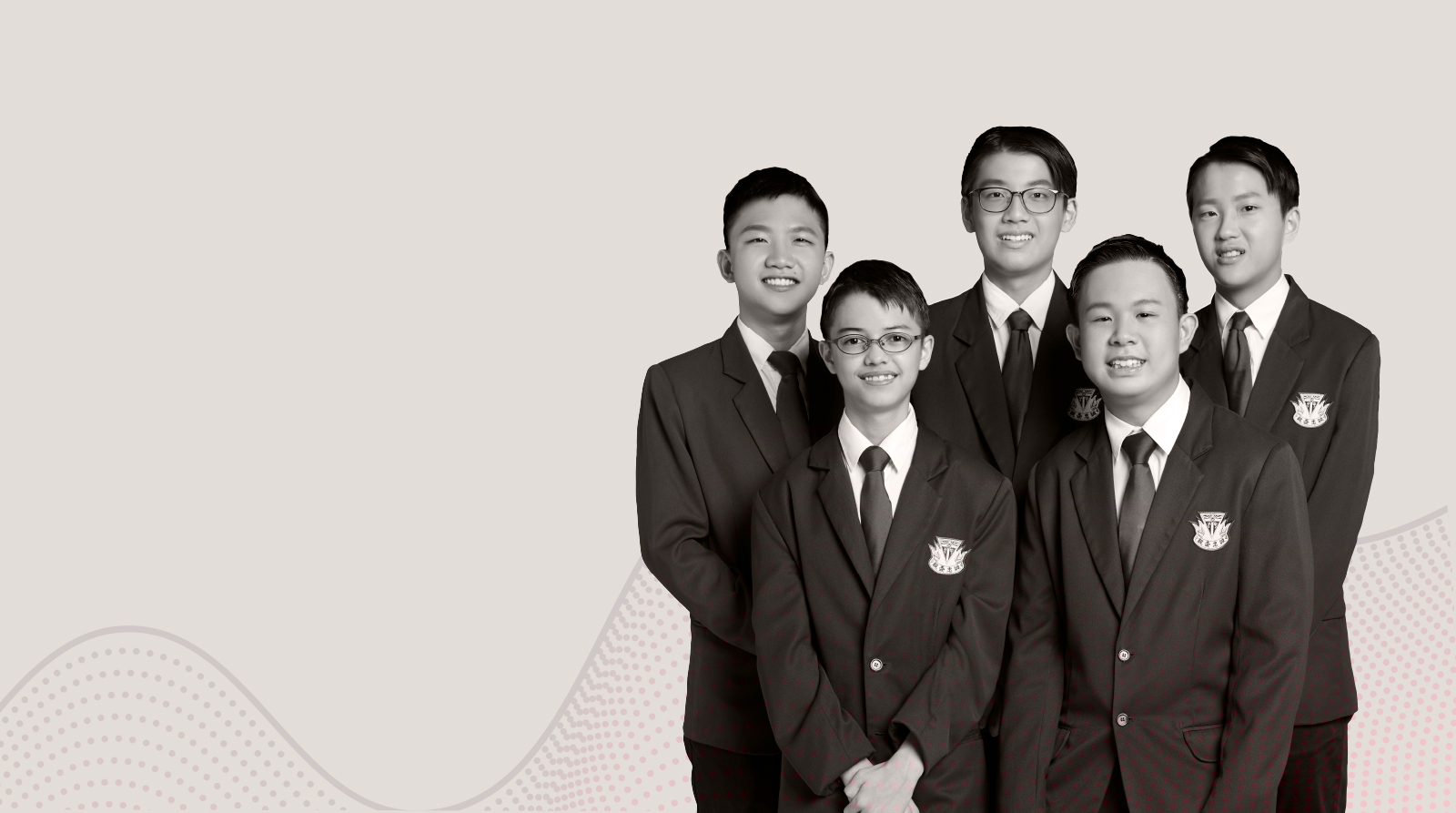 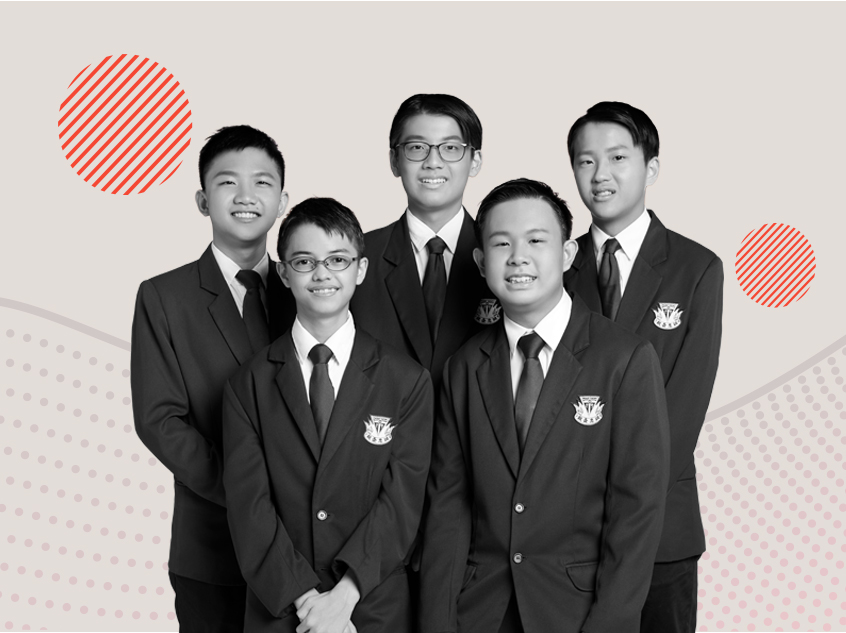 HopeHub acts as a silent observer on the platform, looking out for commonly used words and phrases that indicate mental distress. When it detects them, the bot sends personal prompts designed to be non-intrusive and empathetic, reminding those in need that help is available. “Initially, we thought of a few other ideas, but we didn’t dwell on those for too long because our mindsets were clear from the start – we wanted to solve the issue of youth facing mental health problems,” said Chen Yu.

Teammate Tedrick Tay Jo Ler, 15, said that when choosing a platform to build their bot, the team relied on research that showed youth prefer to share their well-being and mental state with others through familiar platforms used for communication. “What we hope to do with HopeHub is to spread the knowledge of mental disorders among youth today, along with helping them to identify certain common mental health disorders such as depression,” he explained.

While working on their project, the team faced two major issues: finding the time to pick up new skills needed to code HopeHub and fine-tuning their final presentation. Thomas Kai-Ren Rettig, 14, recalled how the team had to quickly familiarise themselves with Discord’s Python library. “There were many things we had to learn about in a short time, which was quite challenging. We also had to juggle our studies, so we needed to develop effective time management.” 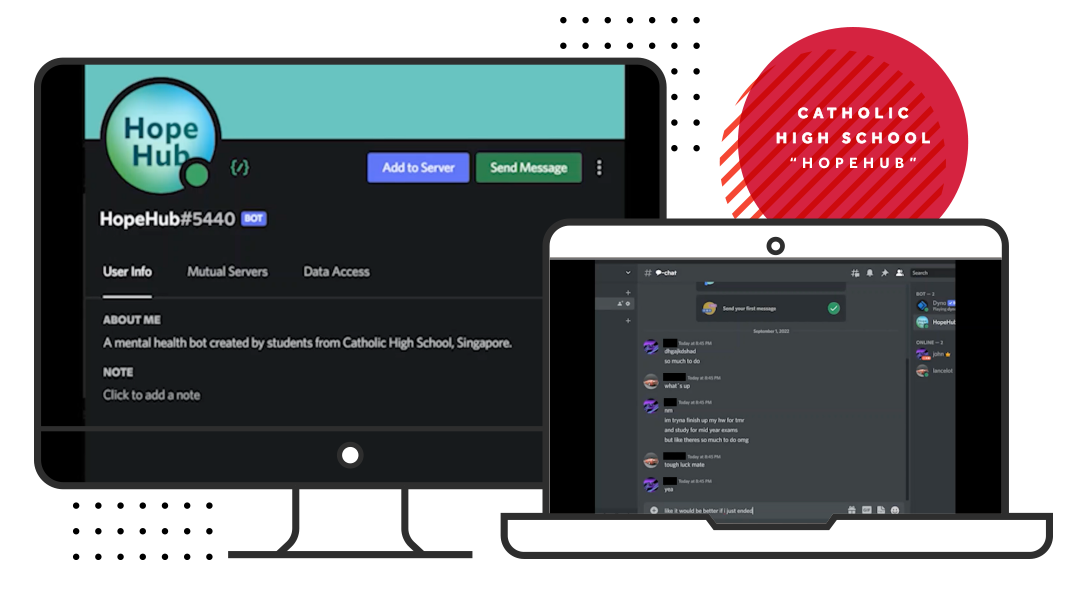 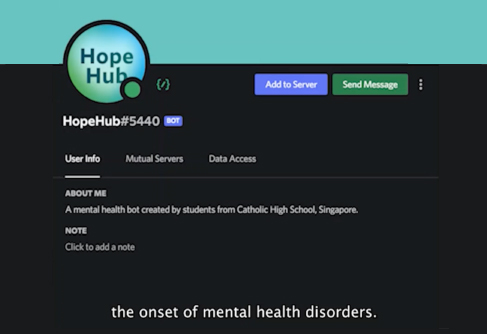 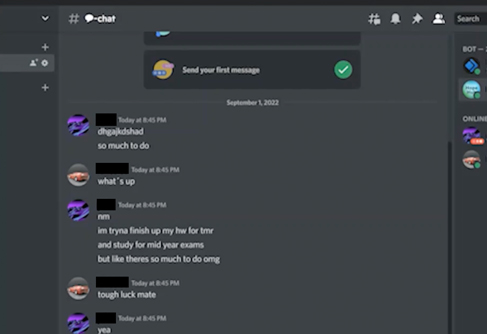 For Lin Xinghai, 15, wrapping up the coding in three weeks wasn’t the challenge he feared most – rather, it was the public speaking aspect of the competition. “I have stage fright; it’s hard for me to express myself, so when I knew we had to present to the judges, I felt really pressured.” His teammate Mao Qian Rui, 14, echoed his anxiety, recounting how he had to rehearse his section of the script 18 times at home in order to present fluently.

Besides having to conquer their fear of public speaking, the team also had to ensure that non-Discord users would be able to understand their solution. To make their content crystal-clear, Chen Yu rallied everyone to redo the entire presentation two days before submission. This time, they got everything down pat and, in doing so, bagged a Distinction award in the Tech Category at the Infocomm Media Club Youth Awards.

And just as HopeHub shows Discord users that they are not alone, the team found themselves drawing strength from their teachers, school community and principal, who rushed over from a meeting to support them during the competition. Said Tedrick: “Our parents also provided us with support when we needed it most – whenever we struggled during tough moments, during the examinations and when coding the bot itself. We are grateful for all the help along the way.”