Trump or Biden? What impact the US election result may have on Asia

With the clock ticking down to the US presidential election on Nov 3, the programme Insight finds out whether a second term for Donald Trump is necessarily bad for Asia and whether Joe Biden is a better bet. 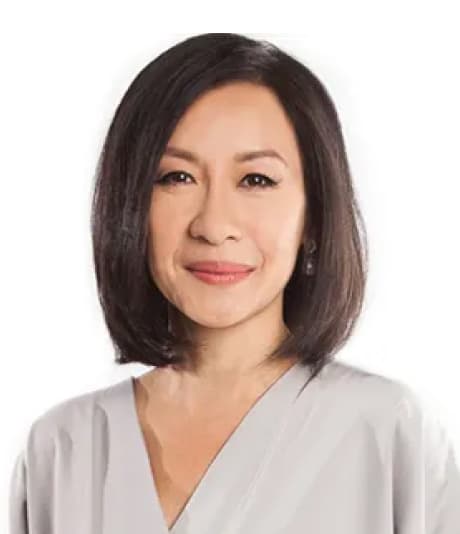 SINGAPORE: It was one of his early proclamations in office: “Trade wars are good and easy to win.”

And since United States President Donald Trump came into power four years ago, international trade — the lifeblood of Asia — has come under tremendous stress.

He has taken a tough line, most prominently, with China, by imposing tariffs on the country as well as sanctions against tech giant Huawei and popular apps TikTok and WeChat.

After the Trump administration blacklisted Huawei last year and barred it from buying vital American components, Wist Plastic and Metal Technology Limited, one of the suppliers of Huawei’s phone parts, saw a third of its revenue evaporate.

“We’ve co-operated with Huawei for many years. In the first half of this year, there was some impact on orders. Exports declined,” said Kin Xiong, the general manager of its Shenzhen factory.

The US-China trade war not only hampered Huawei’s immediate expansion plans, but also forced the supplier to turn to the domestic Chinese market to help the business stay afloat.

With just a few days until the 2020 US presidential election, Asia is waiting with anxiety and a big question: What will the result mean for the continent?

The programme Insight finds out what impact Democratic challenger Joe Biden’s foreign policies may have on Asia if he is chosen, or if Trump is re-elected, whether it means more storms ahead.

NO WINNERS IN TRADE WAR

While Trump has “made a big issue” of the US’ trade deficit, David Dollar, a senior fellow at the Brookings Institution’s John L Thornton China Centre, thinks “the general sense in America now” is that the many trade wars have “failed”.

“The US trade deficit just gets bigger and bigger,” said Dollar. “So that hasn’t worked.”

There has been no clear winner between the US and China either. In the US, the trade war has led to higher prices for consumers and financial difficulties for farmers.

In China, it has contributed to a slowdown in economic and industrial output growth.

There has also been an absence of the US from multilateral trade arrangements with Asian nations, with the country retreating and becoming increasingly protectionist.

“The region as a whole also suffers because of the fixation of the Trump administration on trade deficits and bilateral trade deals,” said Joseph Liow, Dean of the Nanyang Technological University’s College of Humanities, Arts and Social Sciences.

For example, the Trans-Pacific Partnership (TPP), which includes countries such as Malaysia, Singapore and Vietnam, aims to deepen ties among the participating nations and help open up trade in goods and services.

But by abandoning the free trade deal shortly after his inauguration in 2017, Trump has distanced the US from East Asia.

“Most of Asia have become losers in the trade war because … trade requires stability and predictability,” said Kishore Mahbubani, a distinguished fellow at the Asia Research Institute, National University of Singapore.

“But with Trump, you can’t tell what’s going to happen two weeks from now … So that instability and unpredictability is bad for East Asia.”

CAN BIDEN MAKE IT BETTER?

In contrast, Biden has pledged to reverse some of Trump’s policies. That includes rejoining the World Health Organisation and the Paris Agreement on climate change, and restoring American leadership on the world stage.

“What you’d see in the Biden administration is re-engagement with the world (and) some rationalisation of our trade war (with) China, hopefully ratcheting down the tariffs,” said Dollar.

Bonnie Glaser, the director of the China Power Project at the Centre for Strategic and International Studies, thinks countries in Asia would prefer a US president with “more credibility” and who would “take their interests into account”.

“There is, at least in some capitals in Asia, a desire to see (that) the next president be Biden,” she said.

If Biden wins, the “short-term gain” for China is that he “won’t be so erratic, so impulsive” and would manage the trade war “more carefully”, said Mahbubani.

“But in the long run, he’s bad for China because the Western allies will come back to the US.”

Trump winning re-election, on the other hand, would be “more painful for China” in the short term, but not in the long run.

“A very senior Western figure … told me, ‘Kishore, if Donald Trump is re-elected, it’s the end of the West — the Western alliance would crash,’” said the professor.

“And if it crashes, that’s a gift to China, right? There can’t be a united Western approach to China.”

Whether it is a Biden or a Trump government, however, there will be no change in US policy on regarding China as a strategic rival.

Trump is the “first president to stand up to China comprehensively”, and the Democrats largely have not opposed him “bashing China”, said Mahbubani. “So it has a complete bipartisan consensus.”

US attitudes towards China “started hardening even before Trump was elected”, noted Dollar, who expects “some of the technology measures, security issues (and) human rights concerns” to remain if Biden wins.

“It isn’t going to be a warm and fuzzy relationship with China,” he said.

So far, several opinion polls seem to show that Biden is ahead of Trump. But a presidential candidate can win the popular vote but lose the election.

This last happened in 2016, when Hillary Clinton led in the polling data and won the popular vote, but Trump became president because of the Electoral College.

This is an American system that allots electoral votes to the 50 states and the District of Columbia. There are 538 electoral votes in total, and a presidential candidate must secure 270 to win the race to the White House.

So despite Biden’s lead in the opinion polls, there is a looming sense of deja vu.

But there is also a “big difference now”, says Mahbubani. “Trump’s made it very clear that he doesn’t think he’s lost the election. He may not accept the results, and that’s something that America’s never faced before,” he points out.

The use of postal ballots, which Trump has attacked, may be the spark for an electoral controversy. And a wave of uncertainty caused by a protracted stand-off may cause chaos and volatility in the markets and beyond.

“There (are) all kinds of horror scenarios that could be played out,” adds Mahbubani. “Do you send the military in to remove President Trump? What do you do? It’s an amazing scenario … Things could get very, very bad.”

The world may have to brace itself for an inconclusive election outcome, and Asia may have to keep waiting for the answers it seeks.

Watch the full Insight episode here. The programme airs on Thursdays at 9pm.