PASS IT FORWARD:
THE MAKING OF A COACH

TRIO OF BOYS yell, “Pass here la!” as they scramble to gain possession of a football on a concrete soccer court near Singapore’s East Coast. 20 children, many of whom come from underprivileged homes, proudly call themselves the “Marine Warriors” and gather once a week for futsal – football played on a hard court -training at their neighbourhood court. They are part of SportCares, a programme helmed by Sport Singapore that works to make a difference for the at-risk and underserved through sports.

Some of the boys flash smiles at their coach who watches from the sidelines, alongside a dozen proud parents. “He trains us very hard and always tells us not to give up,” says Nabil Naufal, the goalkeeper for the team. “He‘s very caring and really teaches us to be strong.”

“Coach Rafiqin”, as the boys like to call him, blows a whistle for a time out. “What did I tell you about teamwork? You can only win if you help each other,” chides Rafiqin Muhd Huzai Bin Ramli, 21, who started as a volunteer coach to the team a year ago. When Rafiqin first heard about SportCares’ new Community Futsal Program, he signed up with little hesitation. He loved teaching kids and recognised that the youths needed guidance. Now, Rafiqin spends every Friday not just coaching but also mentoring the children, most of whom are between nine to 13 years old. He dispenses advice to several of the boys who struggle with personal problems, often in one-to-one chats after training sessions. “I see myself as a big brother, not just a coach,” said Rafiqin. “I went through some of the problems they have, and I know how to help them overcome them.”

GROWING UP WAS A CONSTANT STRUGGLE FOR RAFIQIN . In primary school, he often complained to his mother that he could not recognise words nor understand lessons. To avoid embarrassment, he smuggled school work home just so his mother could help him complete it. But Rafiqin scored badly in tests, and some of his teachers came down hard on him for having poor grades. “He would come home and bang his head against the wall and ask, ‘Mommy, why am I so stupid?’ ” recounted Rafiqin’s mother, Roslina Bte Ismail. “I really felt like crying.”

In Primary One, he was diagnosed with severe dyslexia and was often taunted by schoolmates who called him “stupid”. Rafiqin’s self-esteem took a severe battering; he was scared and didn’t fight back. His reticence emboldened his classmates, some of whom started stealing his books and calculator from his bag to provoke him. “I had to make him use a padlock on his school bag, it was very stressful,” Roslina recounts, her eyes tearing from the memory. “Then the kids made fun of him even more for having a padlock.” 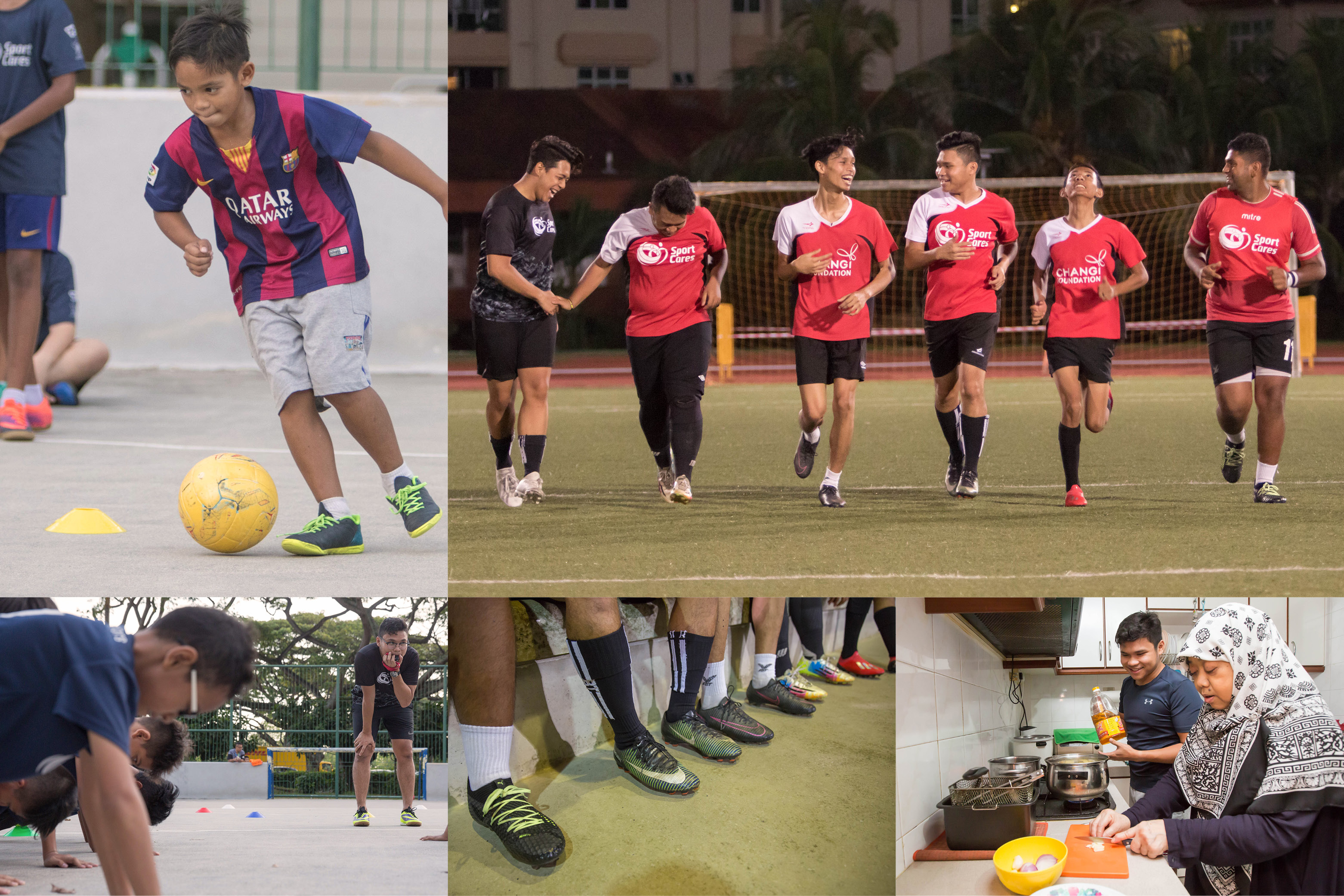 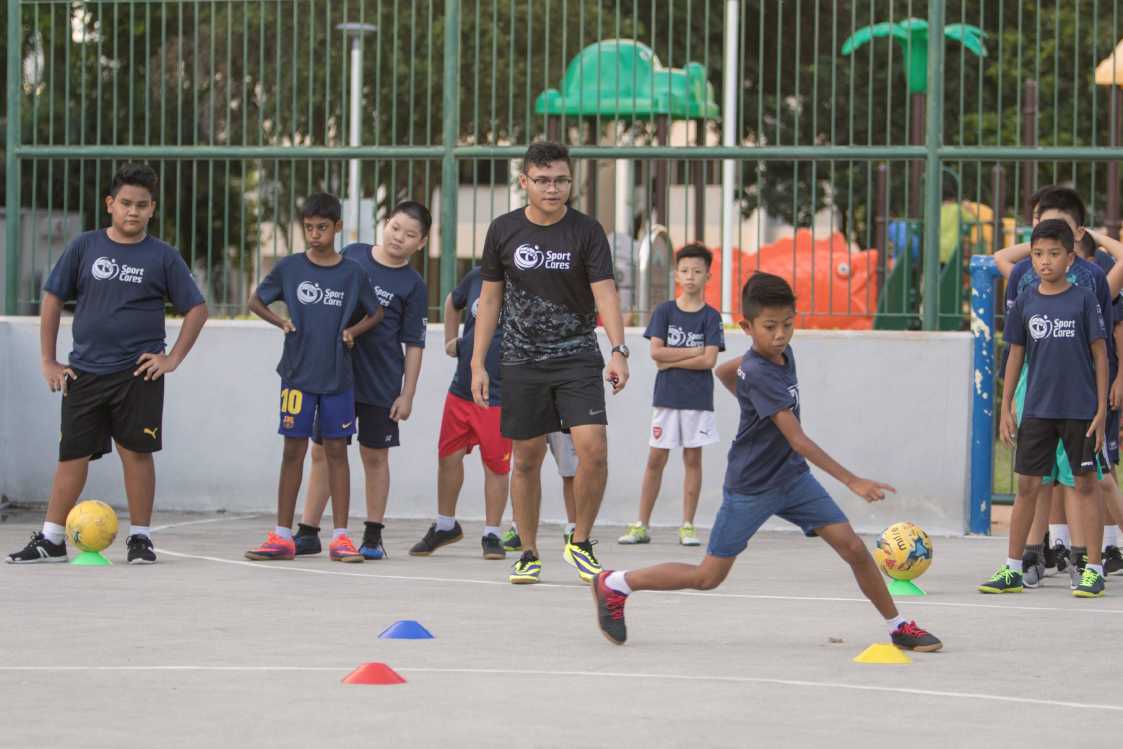 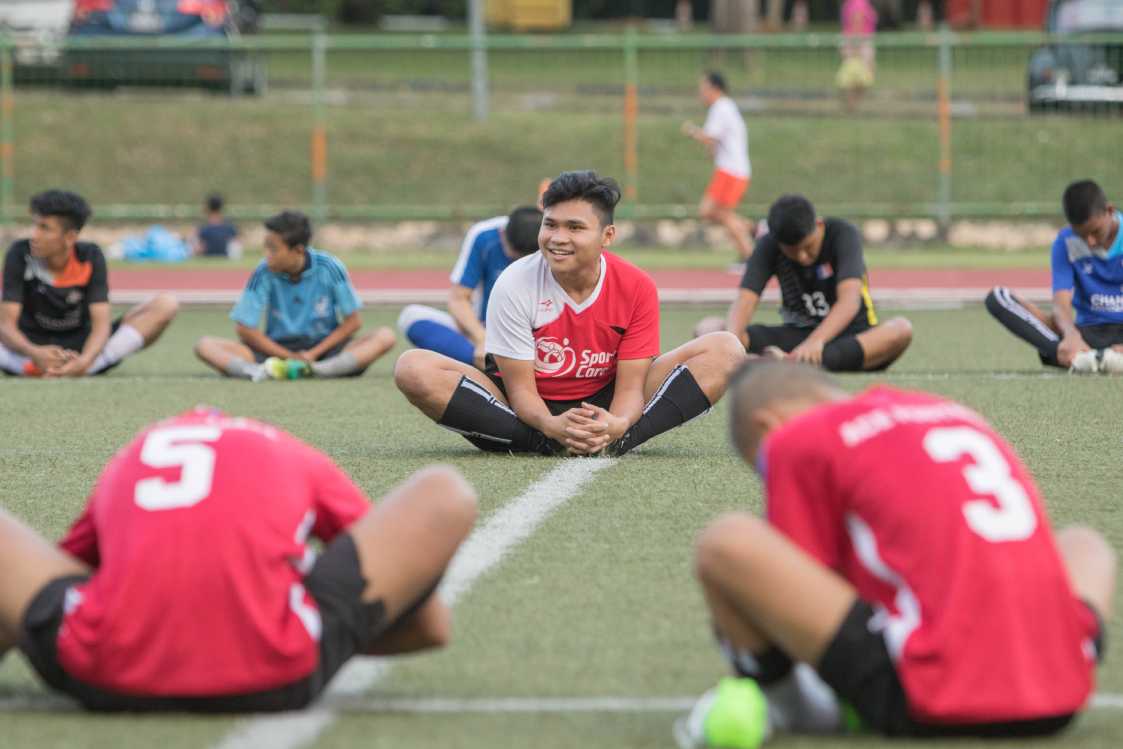 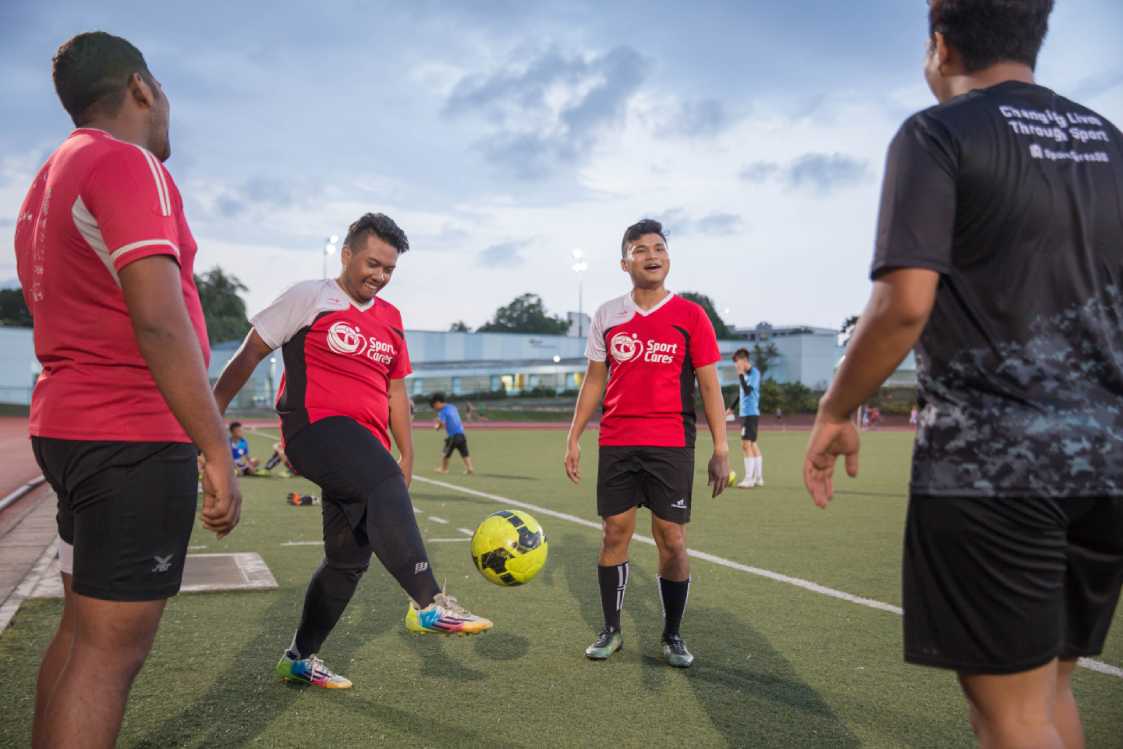 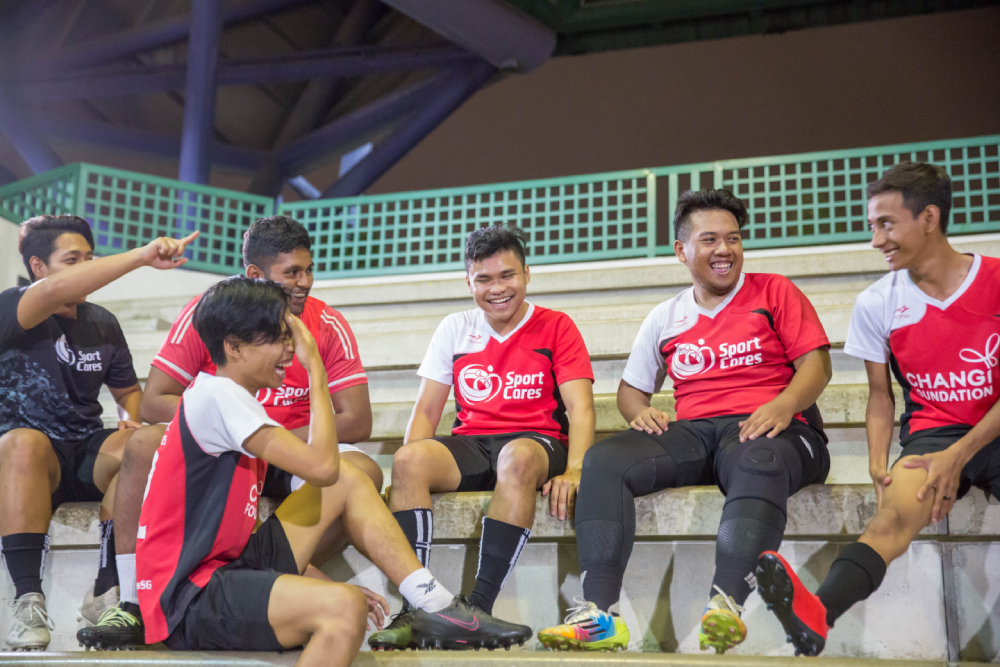 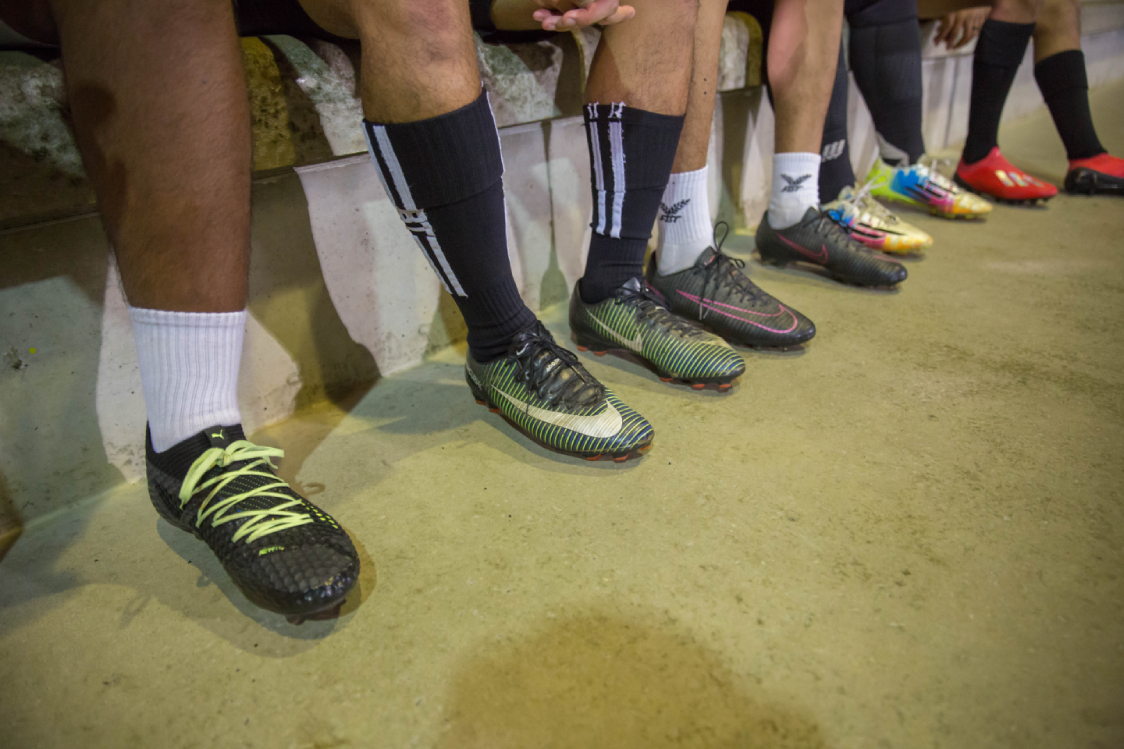 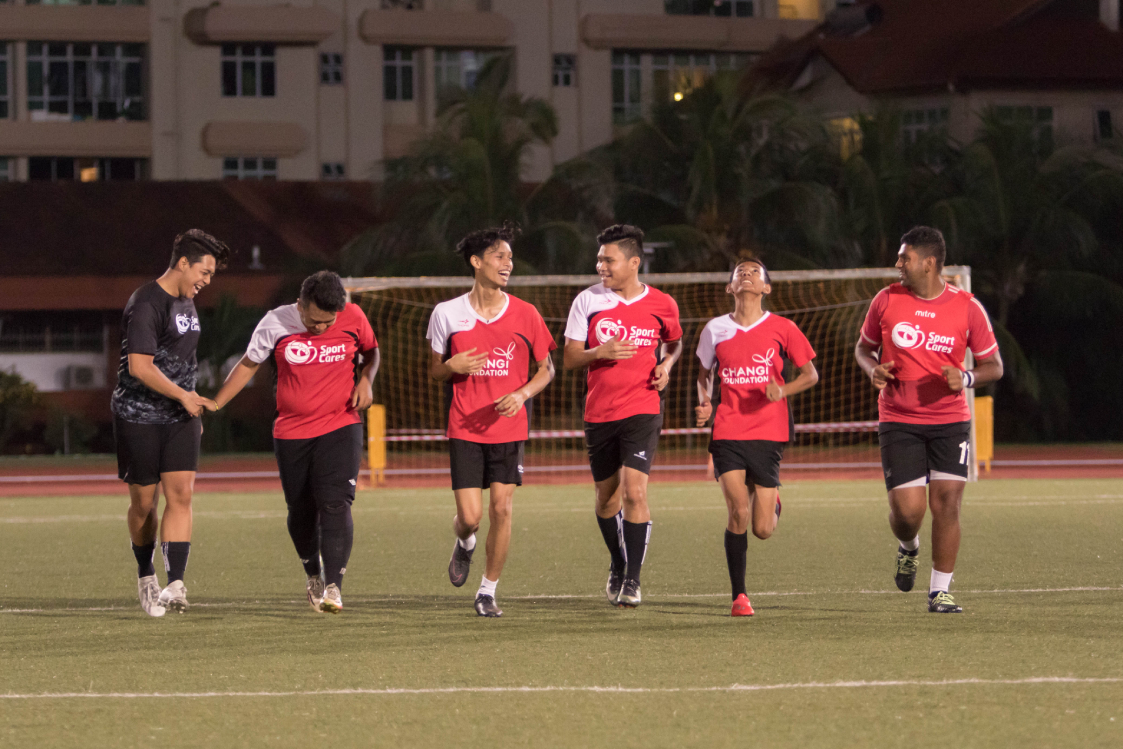 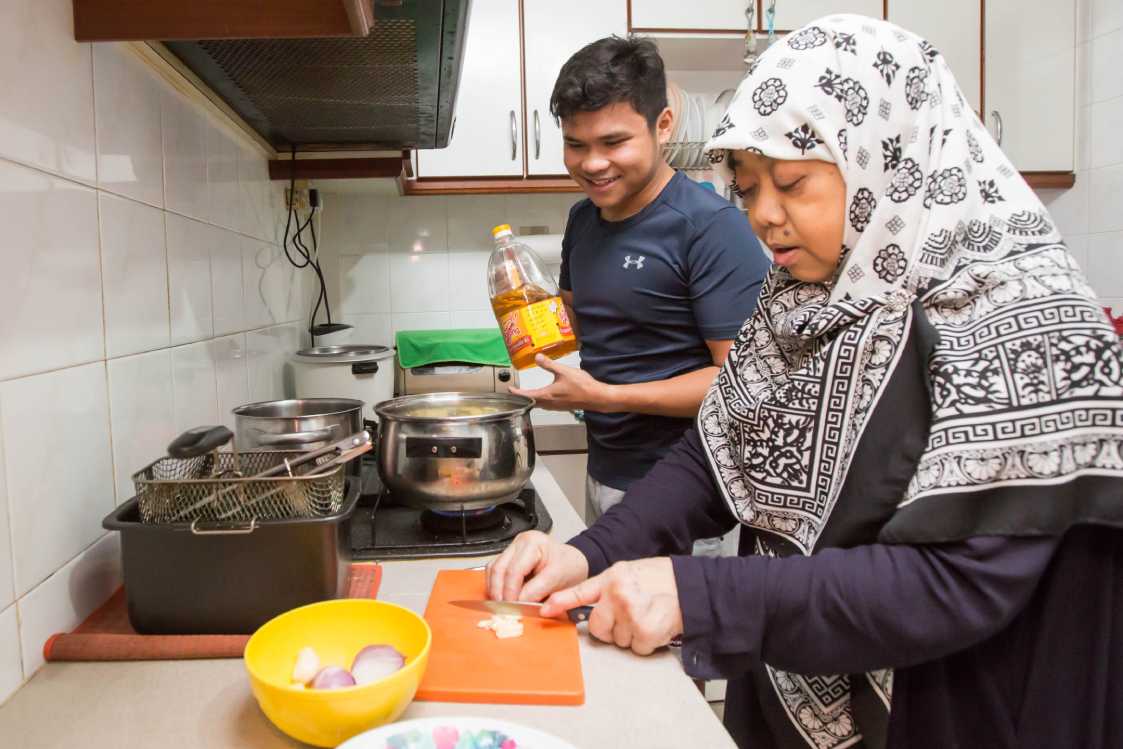 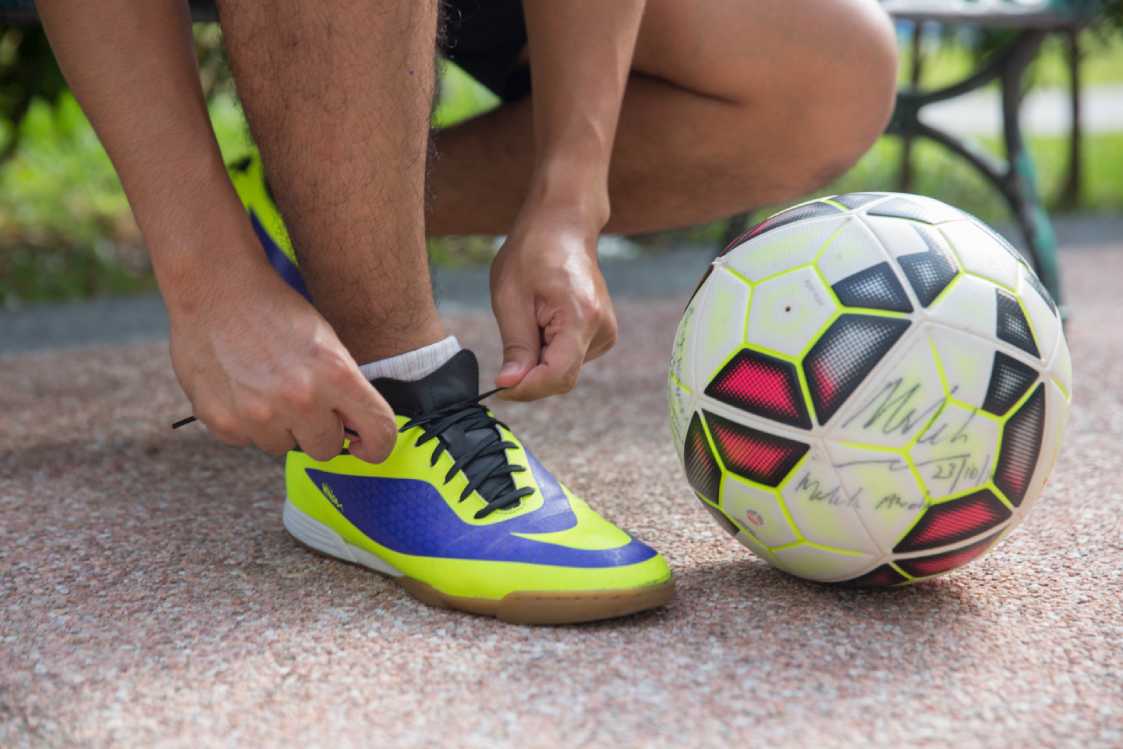 After primary school, Rafiqin enrolled in Northlight School, a school for students who struggle with the mainstream academic curriculum. The bullying stopped, but the teenage years brought a new set of problems. As a child, Rafiqin was withdrawn and often kept his emotions to himself. But years of bullying had bred a rage that found an outlet in the teenage Rafiqin. “When people said bad things about me, I would start to shout at them or push them”, he recalled. “I really struggled to control my anger.”

THE TURNING POINT CAME WHEN HE WAS 15 , soon after Rafiqin joined the “Saturday Night Lights” (SNL) football programme. This is a programme run by SportCares that directs the passion at-risk youthhave for football towards motivating them to take control of their lives and build strong values. When he first started, Rafiqin fought with fellow SNL players and even shouted at his coaches. But with the love, discipline and encouragement of his mother, his form teacher and many of the volunteer SNL coaches, Rafiqin learned to deal with his anger. “Football has really been a friend to me, it helped me control my anger,” he said. “My coach would tell me to use my anger more productively, so I learned to channel it to chasing the ball.” 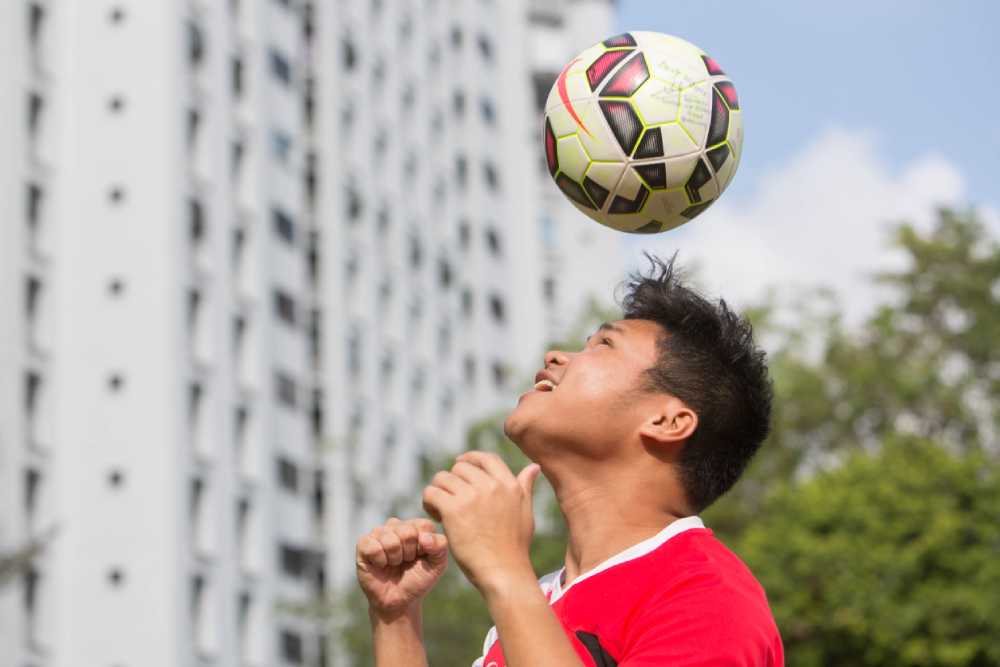 Now a final-year student at ITE College West, Rafiqin hopes to play football for Singapore, and become a soccer coach and mentor to disadvantaged youths. Once a beneficiary of SportCares programmes, Rafiqin has now become a volunteer at some of its initiatives. Seeing how he had matured over the years, SportCares sponsored Rafiqin for a grassroots football coaching course to equip him with the skills to begin his coaching journey. “Sometimes when I meet one of my coaches, I say thank you for scolding and disciplining me,” he said. “The values I’ve learned from them– respect, discipline and teamwork– I now try and pass them on to the kids.”

He does that at weekly SNL football trainings in Serangoon Stadium, attending practice sessions as faithfully as he did seven years ago when he first joined, but now in the role of alumnus and mentor. “He’s changed a lot and has become a better person,” observed SportCares coach Rezal Hassan, who has known Rafiqin since he was in NorthLight School. “He’s a good role model for the younger ones; they all look up to him.”

Like Rafiqin, more Singaporeans are appreciating the need to pay it forward and are stepping up to volunteer. Here is a quick snapshot:

It is not just the young ones who have been helped by the once-struggling youth; several old schoolmates and teammates at SNL who have accompanied Rafiqin on his volunteer work have also been personally impacted. “Seeing Rafiqin volunteer, I was really inspired,” said his teammate Lutfil Hadi bin Rosli who recently started volunteering with SportCares. “He taught me patience, he taught me to look out for others.”

THE SKY DARKENS mid-way through the boys’ pre-game warm-ups, and the stadium speakers belt out a lightning warning siren. Eager to start the game, the young footballers now retreat, slightly crestfallen, to seek shelter and wait out the storm warning. A short distance from them, Rafiqin sits on the stadium steps with some of his old school buddies from NorthLight School. They look at the younger boys, cracking a few inside jokes about their own days in school. “I see in the younger boys, parts of myself when I was their age,” says Rafiqin. “The feeling is great to know that you are helping them. Maybe one day they can go far, and be even better than me.”