Beijing: US-born Chinese skier Eileen Gu breathed a sigh of relief as her third run in the qualifier event for Big Air freeski at the Beijing Olympics on Monday drew loud applause from the audience.

After losing her skis in landing during her second jump, the 18-year-old knew she would need a good trick to make it to the finals, as participants are judged on the best two out of three runs in Big Air events.

"There was a lot of pressure going into it. I just know for myself, I would not feel satisfied if I didn't make finals," Gu told reporters about her third run.

"I'm happy to be able to perform under pressure and I think that it speaks a lot to the volume of the mental training that I've been putting on." 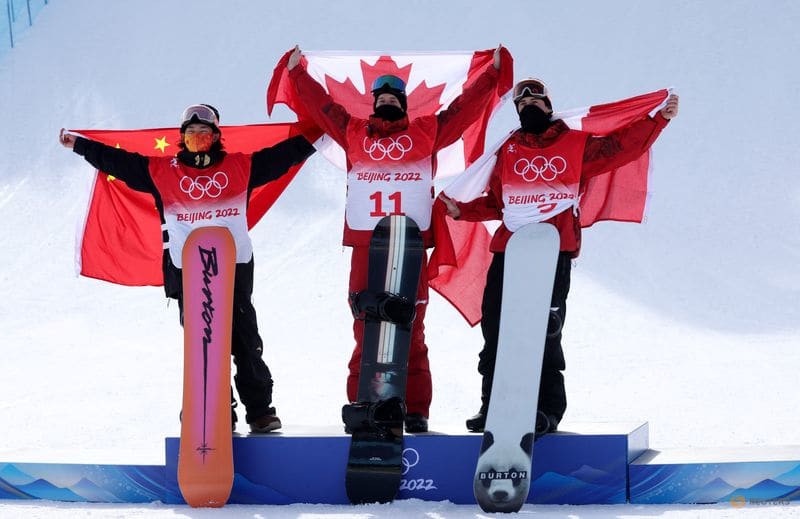 Fanfare and controversy have swirled around Gu's highly-anticipated Winter Olympics sporting debut, with a surge of praise and attention from Chinese fans and state media but also uncomfortable questions in the country over her nationality.

Oldham, 20, earned the single highest score of 91.25 on her second run at the new Big Air Shougang venue, located in a former steel mill, and her two best scores put her top of the standings on 171.25.

Ledeux, who started her Olympic journey by performing a stunning left double 1260, qualified second on 171.00 after two strong opening runs. She crashed on her third run due to the windy conditions.

The 20-year-old said she was saving her more gravity-defying tricks for the finals on Tuesday.

Another young Chinese skier Yang Shuorui did not earn a high enough score to make the final after injuring herself in a training session earlier.

Russian Anastasia Tatalina (163.25) and Swiss Mathilde Gremaud (159.25) were among the 12 skiers making it through the final.