China is hungry for food. The Amazon is left counting the cost

The face of Brazilian rainforest is changing, and China is responsible for that in no small way, with its newfound love of beef and demand for soya beans. 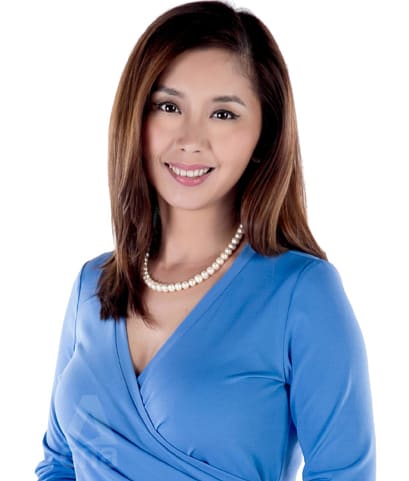 MATO GROSSO, Brazil: It is the world’s largest rainforest, containing 10 per cent of the world’s known biodiversity. And it is paying the price for helping to feed a country 17,000 kilometres away.

Between 2015 and last year, 29,000 square km of Brazil’s part of the Amazon were deforested. That is 40 times the size of Singapore. Up to 80 per cent of this land clearance has been driven by cattle ranching.

And the largest buyer of all that meat is China. Brazil’s beef exports to the Chinese market have more than doubled since 2015, to 722,000 tonnes last year.

China’s food consumption is not only growing, but also changing as the ranks of its middle class swell to nearly 30 per cent of its 1.4 billion-strong population.

“More and more people are eating beef,” says Liu Juan, a beef wholesaler at Beijing’s Xinfadi Market, which has some 8,000 stalls. “If we’d relied only on domestic production, we wouldn’t have met the demand.”

Indeed, Chinese beef imports have jumped by about 50 times since 2011, reaching a million tonnes last year.

But this newfound love of beef as well as the country’s demand for soya are making an impact on the environment and on local tribes halfway round the world, the series China’s Growing Appetite discovers.

To put food on China’s tables, landscapes are about to be changed.

China consumes 28 per cent of the world’s meat. And it has turned to Brazil, home to the world’s largest cattle herd, to feed its appetite for beef.

The Brazilian state of Mato Grosso alone has about 30 million cattle, which is 10 times its human population and more than the 26 million cattle in all of Australia.

“Brazil is the only country today that has the volume to feed China,” says cattle farm owner Arlindo Jose Vilela.

“If we (in Brazil) have enough slaughterhouses approved (by China), we could send up to 25 per cent of the production to China.”

Last year, Brazil shipped 1.64 million tonnes of beef, 44 per cent of which went to China. It is the highest export volume in history by a beef nation. And it is a bonanza time for the farmers.

Vilela believes that within 10 years, however, “we’ll be dealing with volumes that are three to four times more”. He predicts: “Brazilian beef is going to be very common in China.”

The reason is the swathes of unexploited land north of Mato Grosso, which will allow more cattle to be raised for export.

But there is the rub, because Amazonian forests are being cleared for farms at a worsening rate. In the first nine months of this year, deforestation was up by 93 per cent from last year.

Protections for the forest and indigenous lands have been loosened especially since Brazilian President Jair Bolsonaro took office in January. Under his reign, deforestation is at a 10-year peak.

“Nowadays with all the changes, this new government seems to be treating this as a secondary issue, especially the dismantling of the federal environmental protection agencies.”

One of the cattle farms with pastures converted from forested land belongs to Valmir Climaco de Aguiar, the mayor of Itaituba town in Para state. And he is proud of his expanding farm, never mind that trees were cut down.

“We can’t produce inside the forest,” he says matter-of-factly.

We have more than 200 million people. We have to eat, produce, sell, export and make money.

China, he points out, is not going to pay him “to preserve the forest”. “When a country has high spending power and a lot of people to feed, then it’s the best country (to sell to),” he adds.

Despite the rising prices, Brazil’s abundant land makes its beef economical to import, compared with China raising more of its own cattle.

China has 6 to 8 per cent of the world's grassland area, but that is being encroached on by urban expansion. And its domestic meat is already more expensive because of the land cost.

“In other countries, the farm owners are the ones rearing cattle. They own the land. In China, the cattle-rearing businesses have to lease the land, which is an additional cost,” explains Cheng Guangyan, an authority on China’s food consumption trends.

“(They also) would contract with small family farms to bring up their calves. It’s cheaper that way because the cost of leasing land is high.”

China still has a massive livestock industry, which is why the country is buying not only Brazilian beef, but also soya beans, a vital grain in animal feed.

Tariffs on American soya beans have made Chinese buyers look elsewhere, so 75 per cent of their soya bean imports last year came from Brazil as its shipments to China jumped by almost a third.

READ: Bolsonaro says Brazil to stay out of trade war

Pretty much all of the US$5 million worth of soya beans produced yearly on the Santa Guarita farm, for example, goes to China. But it is an “expensive journey”, says second-generation farm owner Joel Strobel.

We’re in the middle of the continent. So the cost of exporting soya beans, for us, is high because a big part of it is road freight.

According to a local soya bean lobby, transport accounts for 30 per cent of the production costs in Brazil, which is three times more than in the United States. And the logistical challenge is increasing as exports grow.

From the centre of Brazil’s agribusiness, Mato Grosso, the farmers’ only route to the country’s northern port cities is the BR-163 highway cutting across the Amazon. That 1,700-km drive takes two and a half days off-season.

Come harvest time, however, trucks can be backed up for miles. A stretch of the road is also not paved, which makes it dangerous during the rainy season and adds to the journey time.

To ease the bottleneck, infrastructure projects have been proposed, one of which is to build more than 40 dams to turn the Tapajos River and its tributaries in the Amazon into an industrial waterway fit for large ships.

Itaituba, with a population of about 100,000 and where highway meets river, is already seeing signs of change such as river port construction projects.

Its strategic location in the soya bean trade between Brazil and China — and their ambitions to open up a new food frontier, with the backing of Chinese engineering — have got its mayor excited.

And he is not worried about borrowing from the Chinese. “China’s going to rule the world,” Climaco declares. “If it wasn’t for China, there wouldn’t be so much production of soya beans.”

But the indigenous people who live in the forest are not pleased at such plans. Already, the Munduruku tribe is feeling the effects of the town’s recent transformation; for example, there is no longer enough fish to make fishing viable.

“Our god gave us this river,” says Brasilino, a village chief. “It’s our responsibility to take care of it. But now we’re not able to do that … because they’re depleting the land and bringing more diseases through the dirty water.”

The type of economic development that would come with damming the river is not what he wants for his people.

“It’s good for the government. But the salary of the working man doesn’t increase. (Even if it does,) it’s very little,” he says. “We have a healthier life. We can walk around the trees and breathe clean air.”

He has this to say to China: “Stop farming soya beans in the Amazon.”

Environmental activist Brent Millikan makes the point that the Amazon “isn’t like any other place”.

“Where investments are happening, it’s important for Chinese investors to understand what the local context is — environmentally (and) culturally,” says the Amazon programme director at non-governmental organisation International Rivers.

“The big question is what sort of policies China will adopt to make sure that its investments are living up to its standards in terms of social and environmental safeguards.”

Some dams in the Tapajos basin are already being constructed and operated, and have had a socio-environmental impact, he adds.

“If you have a government now that’s encouraging land invasions, land violence (and) deforestation, things are going to be detrimental to Brazilians … to the Chinese (and) to the whole planet.”