04:30 Min
At his first press appearance after being chosen as the People's Action Party's (PAP) fourth-generation leader – paving the way for him to become the next Prime Minister –Finance Minister Lawrence Wong  said that political leadership is “never about one person”. Tan Si Hui with more.

SINGAPORE: At his first press appearance after being chosen as the People's Action Party's (PAP) fourth-generation leader – paving the way for him to become the next Prime Minister –Finance Minister Lawrence Wong  said that political leadership is “never about one person”.

Highlighting that Singapore has many challenges ahead, Mr Wong said at the press conference on Saturday morning (Apr 16) at the Istana: “We can overcome all of these challenges only as a strong and united team with a single-minded focus to serve Singapore and Singaporeans.

“And that is why I value the contributions from everyone on the team, including our broader team of hardworking and dedicated party activists.”

The conference came two days after it was made known that Mr Wong will be the leader of the fourth-generation or 4G politicians, a development which means that Mr Wong, 49, will take over when Prime Minister and PAP secretary-general Lee Hsien Loong steps down.

During the press conference, Mr Wong said that as the political leaders worked together to fight COVID-19 in the past two years, they have “gelled and grown closer together as a team”.

When asked for his thoughts and views on the current 4G team, Mr Wong said that he values the diversity in the team, with some MPs coming from the public service and some from the private sector.

“We have come to know one another’s strengths better, grow our confidence and trust in each other and understand better how we can complement each other. As leader of the team, I will do my best to ensure that the contribution from the entire team will be greater than the sum of the individual parts,” he said.

And he looks forward to bringing in more people to contribute in different ways and help strengthen the team, he added.

Lawrence Wong was the 'first choice of an overwhelming majority' to be PAP's 4G leader: Khaw Boon Wan

Decision on when to hand over leadership will be taken later: PM Lee

Mr Wong said that there will be more challenges in the coming years: "I spoke about them in the Budget this year and I shared how we have to work hard, to better position Singapore for this post-pandemic future."

He highlighted how measures in this year's Budget "are a first step in the multi-year plan to renew and strengthen our social compact for this new future".

"So I have been discussing with other 4G Ministers – even before this process – because in preparing for the Budget we have already been discussing these issues and we have some ideas on what additional steps we might want to take."

Mr Wong also said that the team intends to “engage the public” later on and comprehensively review policies “to see what needs to be adjusted and improved”. This will be a “major agenda” for the 4G team, he said.

“I would like every Singaporean to know and feel that they will always have a stake in our society, even as we chart our new way forward together. As leader of the team, that will be the approach, the attitude and the spirit I adopt,” said Mr Wong.

"UNDER NO ILLUSIONS ABOUT DEMANDS OF THE JOB"

Mr Wong, along with Mr Lee and former minister Khaw Boon Wan, was answering questions from the media to shed more light on the process that selected Mr Wong as the country’s next PM.

Mr Khaw had been roped in to sound out the Cabinet ministers, as well as Speaker Tan Chuan-Jin and NTUC secretary-general Ng Chee Meng, to facilitate a consensus on a 4G leader. The views of the Prime Minister and the two Senior Ministers were not sought.

Giving more details on Saturday, Mr Khaw said that an "overwhelming majority" of those asked – 15 of the 19  "stakeholders" – chose Mr Wong to be the next leader.

The decision was endorsed by all Government MPs in a party caucus on Thursday evening.

"Now I will be taking on what would possibly be the biggest responsibility of my life," said Mr Wong.

"I am under no illusions about the demands of the job. It will get more challenging with greater political contestation and a growing desire for diversity in Parliament. And as the PM said in Parliament recently, we do not assume that the PAP will win the next general election.

"Every GE from now on will be about which party will form the
Government – not just how many seats the opposition wins, or what percentage of the votes the ruling party gets," he said. 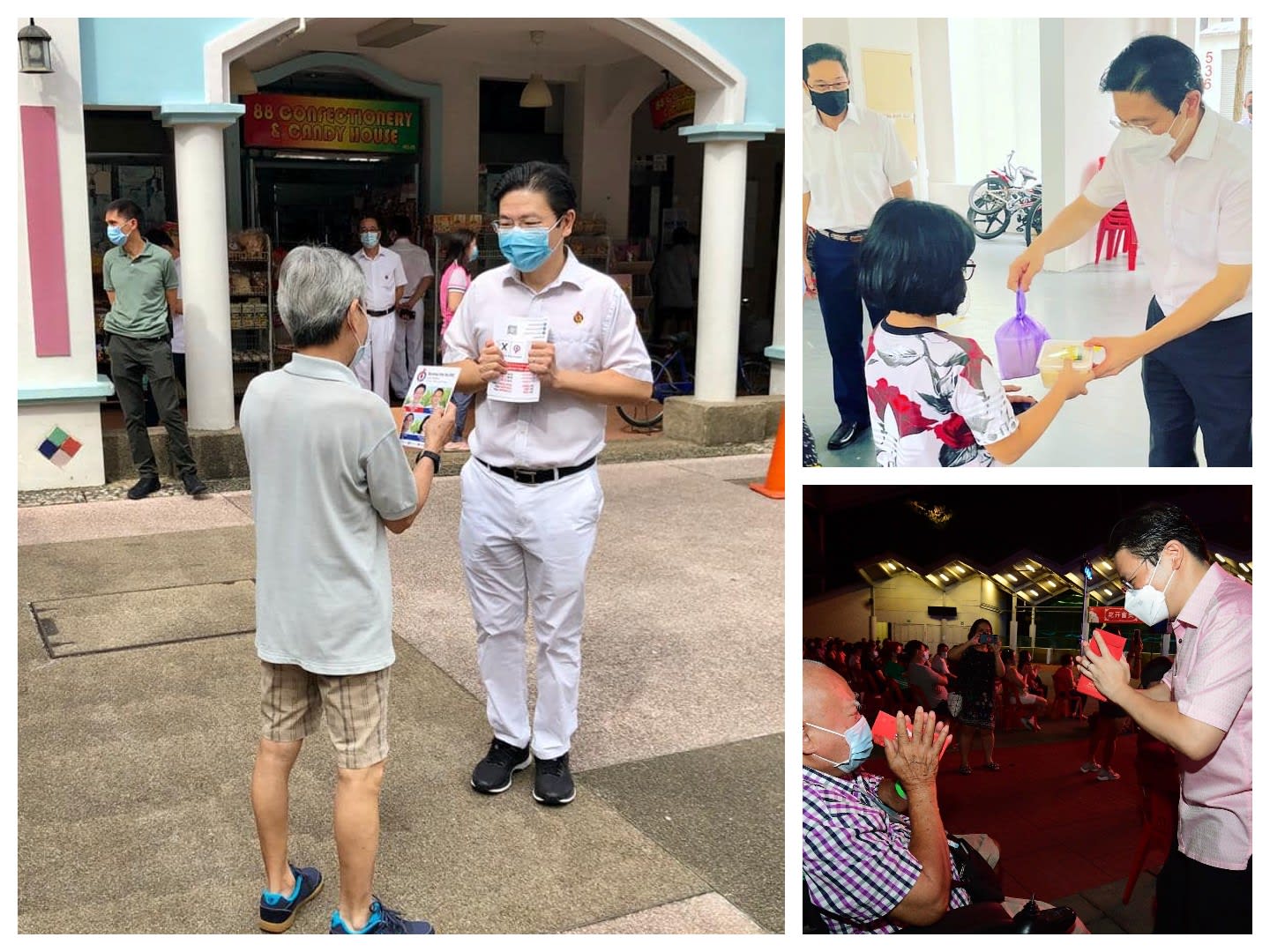 ‘When you see him, you feel this is a leader’: Residents in Lawrence Wong’s ward on his qualities as their MP

Mr Wong said that he will continue with the same principles that have guided him all these years, which is to "give my best, to engage and listen and to learn and improve continually”.

"As I have repeatedly emphasised, leadership and political leadership is never about one person. It has always been about the entire team. Even a giant like Mr Lee Kuan Yew had a team. The same was true for Mr Goh Chok Tong and now PM Lee – he has SM Teo, SM Tharman  and many others."

He said: “Throughout my life, I've never hankered for post, position or power. I've always been realistic about my own abilities and strengths.

“My philosophy in life, instilled by my parents from young - is that whatever task I'm assigned, I will give of my best. If my best falls short - as it surely will from time to time - I try to learn and I strive to improve and do better.”

He said that he had never “gone out looking” for additional work, but his duties and responsibilities have kept on growing over the past 25 years he has been in public service.

The most recent and prominent of these have been leading Singapore’s efforts against the pandemic as co-chair of the COVID-19 multi-ministry task force.

Mr Wong was first elected as a Member of Parliament in May 2011 as part of a West Coast GRC team. He contested in the new Marsiling-Yew Tee GRC in the 2015 General Election and was elected again in 2020.

The candidate to succeed Mr Lee, 70, had been up in the air since Deputy Prime Minister Heng Swee Keat stepped aside as the leader of the PAP 4G team last April.

Mr Heng, 60, cited his age as the reason and said he would have "too short a runway" should he become Prime Minister after the pandemic.