SINGAPORE: The Singapore Armed Forces (SAF) has convened a "high level assessment" of the risks involved in parachute jumps after a Red Lions team member had a rough landing at the National Day Parade.

Defence Minister Ng Eng Hen said on Saturday (Aug 13) that the SAF wanted to "look comprehensively" not only at the incident involving Third Warrant Officer (3WO) Jeffrey Heng, but also the past National Day Parades and previews.

"SAF wanted to see whether there were structural changes that increased the risk," said Dr Ng.

According to Dr Ng, the SAF has gone through a lot of data from itself and the National Environment Agency, including the wind speeds on the day of performances and the engineering involved.

Giving the update at a National Day event in Toa Payoh Central, Dr Ng said that the interim assessment is that mitigation measures are needed, which the SAF is putting in place.

"Obviously we take these risks very seriously. We know that the Red Lions are a favourite for NDP spectators, and we want to do it safely," he said, adding that if the conditions for parachuting are not safe for any particular day, there ought to be a trigger to declare it to be unsafe.

Under current standard operating procedures, if clouds prevent parachutists from seeing the landing site, the jump would be cancelled, said Dr Ng.

"But we need to also add in conditions at the performance site," he added.

Dr Ng added that the interim report suggested the need for a different descent path to give the parachutists more reaction time.

But he added: "These are technicalities which the experts must look into, and then they must validate it and they must practise it so we should leave it to the experts to do this."

No surgery required for Red Lions parachutist who had rough landing at NDP 2022: Ng Eng Hen 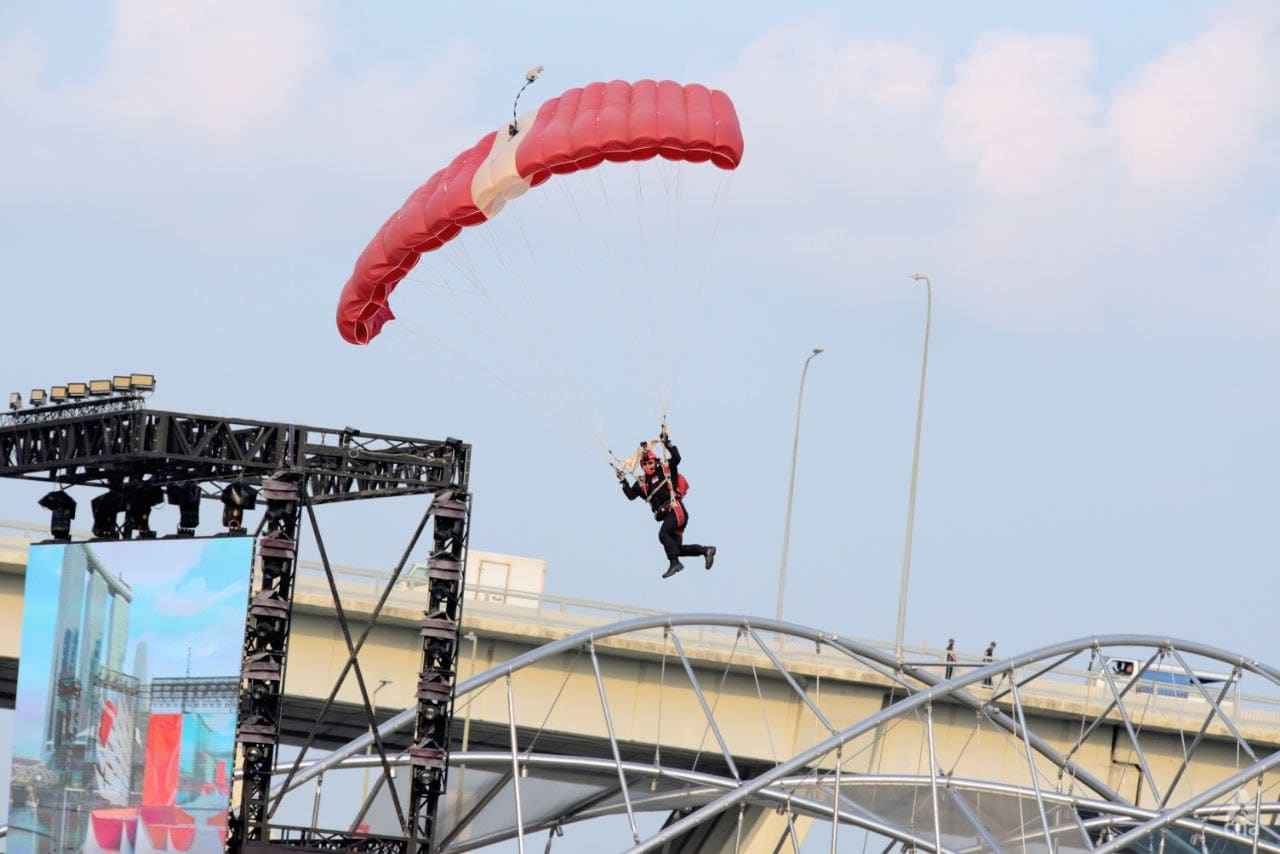 NDP skydiving displays can challenge even the best of parachutists, say former commandos

During the National Day Parade on Tuesday, 3WO Heng was the last of 10 parachutists to land at the Marina Bay floating platform. He skidded on the pavement and fell to the ground. Medics rushed to his side before he was stretchered off.

The incident, which happened at about 6.10pm, drew concern from both spectators and people watching the parade from home.

On Wednesday, Dr Ng said in a Facebook post that 3WO Heng required no surgery following his rough landing, but rehabilitation would be needed and that he is expected to make a full recovery

In a separate Facebook post, the Singapore Army said 3WO Heng is recovering well and thanked Singaporeans for their well wishes and support.