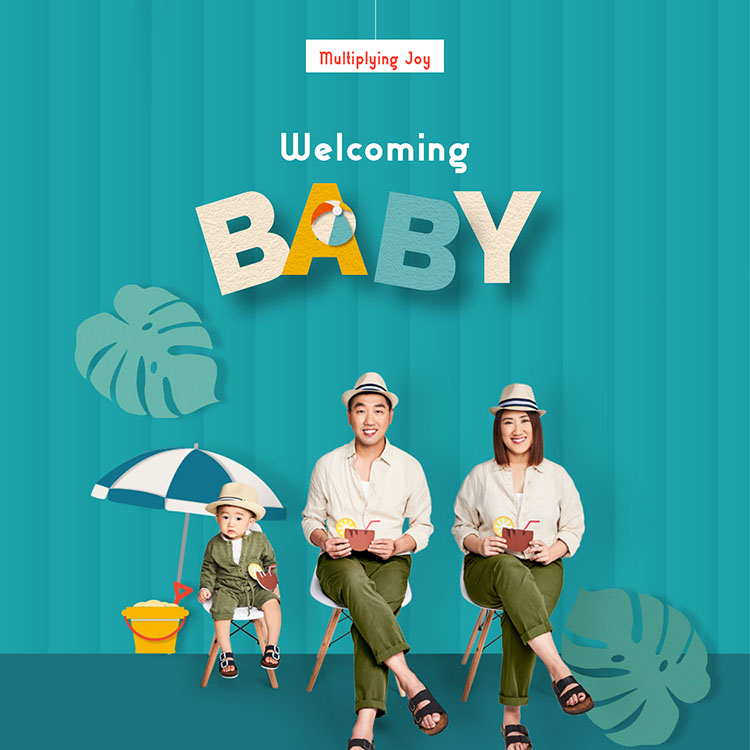 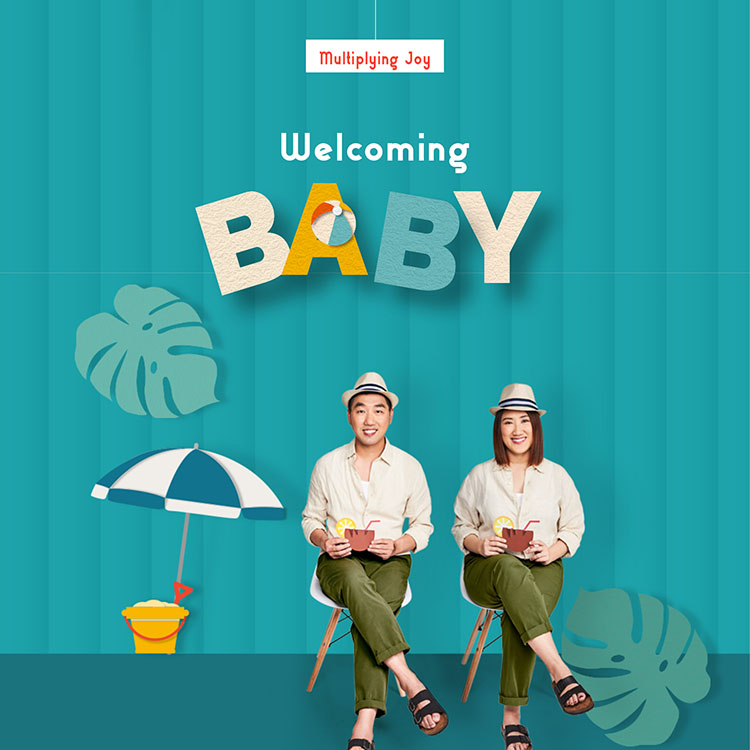 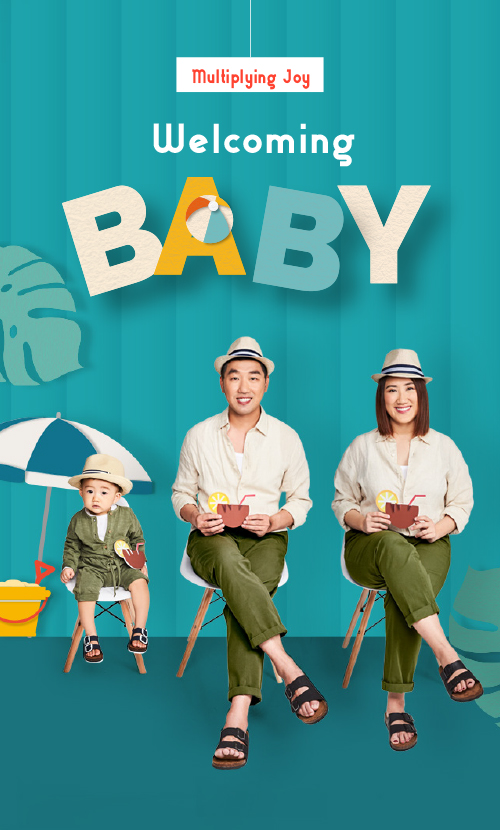 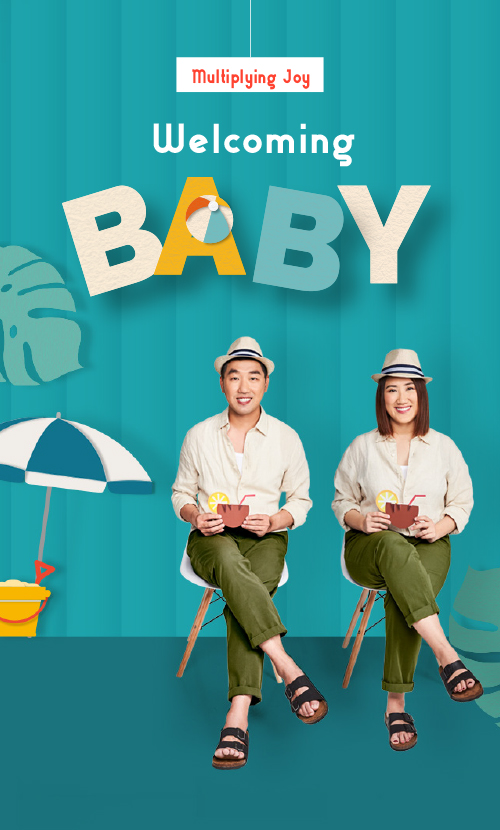 Despite initial reservations, this couple decided to start planning for a baby shortly after tying the knot.

L ike every doting mother, Jessebelle Peh beams with pride when talking about her baby. It wasn’t always this way. The 30-year-old confesses she did not expect to have kids so soon after getting married. Says Jessebelle, an oral health therapist, “I have always loved kids. But I wanted to establish my career first. I was worried that having a family would affect my career, especially if I did not have enough work experience. I also felt that employers would perceive a married woman with kids to be unable to work as hard as her peers.” agent. That belief had been shaped by her mother’s experience: “My mum gave birth to me when she was 26. She had to give up a full-time job in a bank and take on a part-time job in a smaller company. She made a career sacrifice to reserve more energy for the family,” she says. Jessebelle’s husband, 39-year-old banker Andrew Chia had similar concerns. “I have always wanted to settle down and start a family after I began working. However, it was tough to do so earlier as my career was just starting. Financial stability and a lack of parenting knowledge were concerns.”

Jessebelle and Andrew began dating after meeting online on the dating app Paktor. They tied the knot in June 2016 after dating for less than two years and bought a resale flat three months later. They had originally hoped to save for a baby before planning to have one. But they found that their savings had diminished with the wedding and a housing loan to pay for. So their decision to have a child was put on the back burner. Their change of heart came after moving into their new marital home about a year later. “It was just two of us living there so it was a bit quiet, especially when my husband came back late from work. It was not like when I lived with my mother and sister. I felt lonely and wanted to fill up the nest so my house would feel more complete, and more of a home.” 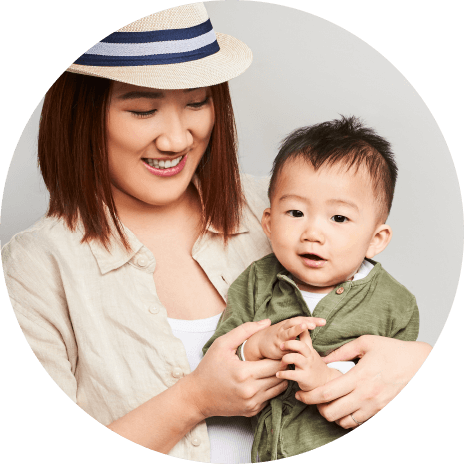 I remember seeing my baby twitch and move for the first time during my pre-natal scan. That moment was magical – it was the happiest moment of my life and brought tears of joy. When he moved, it changed my life.”

Jessebelle on her reaction of first seeing Andre

Other factors also helped them to reverse course and try for a baby earlier. Having recently switched from a stressful job to a more conducive one, Jessebelle found she had more time for family. Health reasons also prodded her decision, as she had polycystic ovarian symptom and irregular periods. “I was worried it would affect my fertility and decided it was better to have a baby sooner to increase my chances.” She was especially heartened by her husband’s maturity and knew he was ready to be a father. Andrew had decided to take a leap of faith too after speaking with friends. He says, “People around us had advised that no one will ever be completely ready to be a parent.”

In July 2018, Jessebelle and Andrew learnt she was pregnant. They were overjoyed. She recalls, “I remember seeing my baby twitch and move for the first time during my pre-natal scan. That moment was magical – it was the happiest moment of my life and brought tears of joy. When he moved, it changed my life. I realised I was going to be a mum – it was real and it was happening.”

Family support has also been vital for the couple. Although their helper remains Andre’s main caregiver while they are at work, their mothers and Jessebelle’s sister take turns to visit.

Fast forward a year and a half, and Jessebelle and Andrew know that parenthood is not without its challenges. But they also realise that things have a way of working out. For one, the government-funded Child Development Account (CDA) grant of $3,000 and further dollar-for-dollar matching of savings up to $3,000 have helped them with paediatrician fees and will ease Andre’s future preschool expenses. They also enjoy solid workplace support. Jessebelle negotiated with her employer to switch from a five-and-a-half-day to a five-day work week after giving birth in April 2019. This new arrangement helps her balance between work and family, enabling her to spend more time with baby Andre. And when Andrew changed jobs, he found one unexpected perk – his new company covered a substantial amount of Jessebelle’s gynaecologist check-up costs.

Family support has also been vital for the couple. Although their helper remains Andre’s main caregiver while they are at work, their mothers and Jessebelle’s sister take turns to visit. “They talk to him, play with him and teach him new things. I know he is well taken care of while we are at work. I try to have quality time with him at night and in the morning. And every Sunday, my husband and I take him to the swimming pool,” Jessebelle adds.

For social support, she joined a Facebook group with other mothers due for delivery in the same month as her. “When you are pregnant, your body goes through many changes within a short time. My other friends who are mothers may have forgotten some of their experiences. But in this group, we are all at the same stage and have similar experiences, so it is easier to talk about issues. It is the best support group you can have,” she shares.

To Jessebelle and Andrew, parenthood is also immensely rewarding. “It’s a whole new chapter. It gives me a perspective of how much my mother has sacrificed for me, brought my family closer and showed us the true meaning of family love,” she says. Contrary to her expectations, being a mother also had a positive effect on her work. “Andre is the reason that I want to work harder to provide for the family. When work gets very stressful, I just look at his photos and I feel happy.” Her advice for other women planning for a baby is to start early. “Your chances of having a baby are higher when you are younger. If you plan it too late, you won’t be able to turn back time. If you are worried that your environment is not conducive, try to make conscious choices to change it so you can start planning for a child early.” 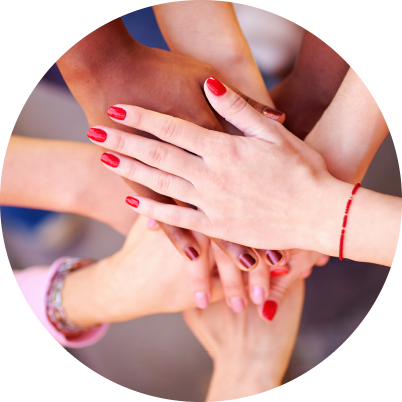 My other friends who are mothers may have forgotten some of their experiences. But in this group, we are all at the same stage and have similar experiences, so it is easier to talk about issues. It is the best support group you can have” 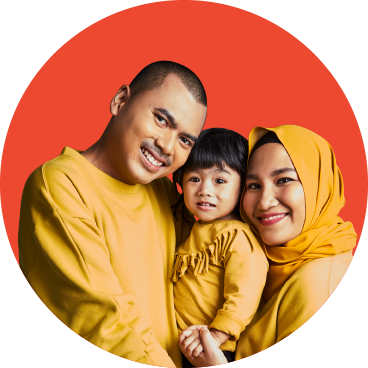 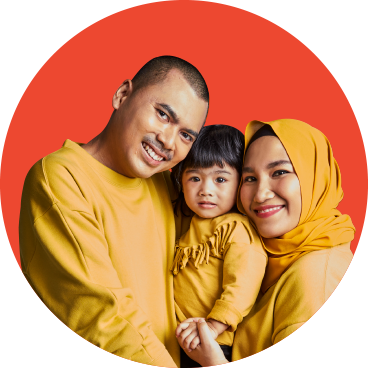 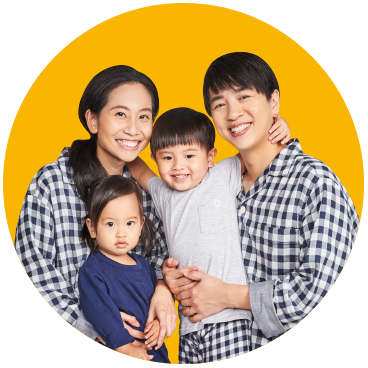 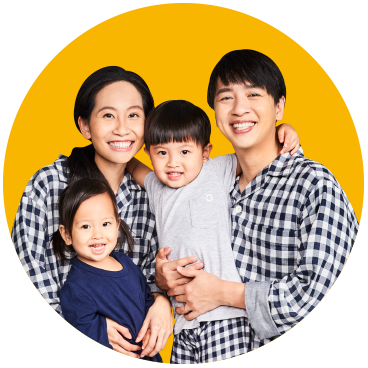 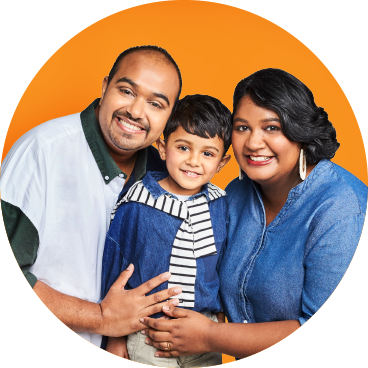 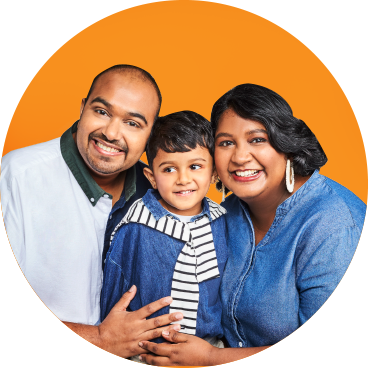