Committing to an equitable future for the next generation

As this global day celebrates the drive towards gender equality and women's empowerment, the summit aims to challenge the status quo whilst providing a platform to inspire positive change for women and at the same time, ask questions that will drive that change into effect.

This annual summit will bring together prominent leaders of public and private organisations to reflect on both their experiences in leadership as well as their perspectives on issues facing women across the region. 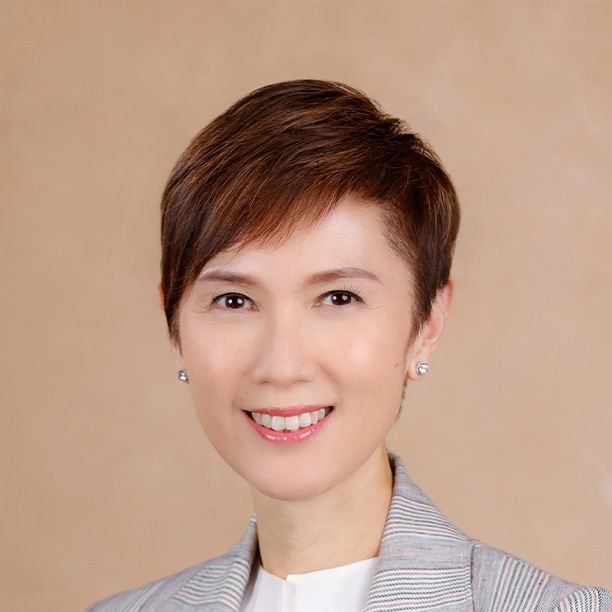 Minister for Communications and Information and Second Minister for Home Affairs, Singapore 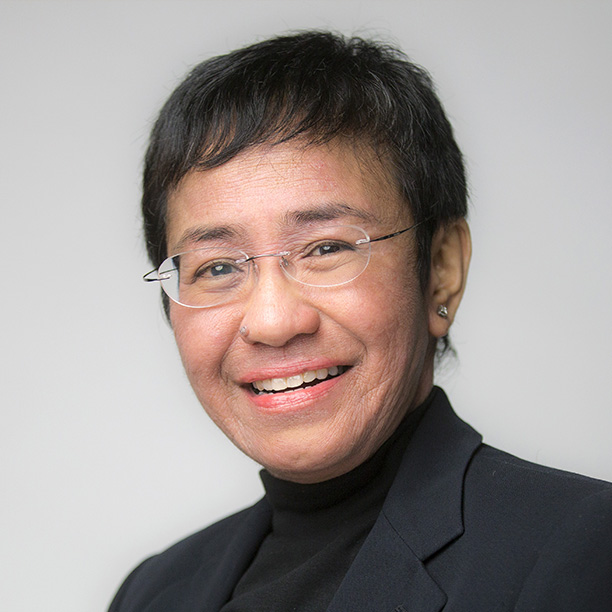 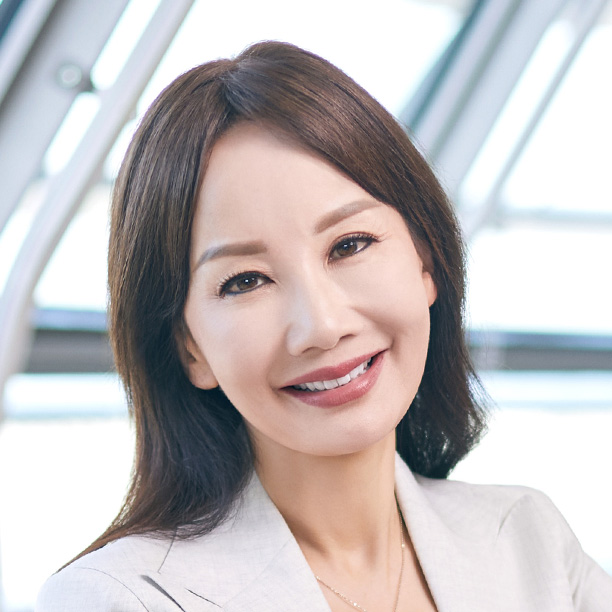 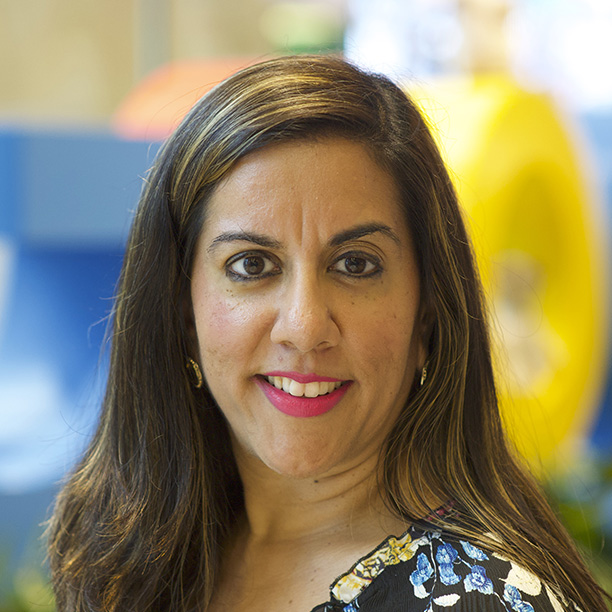 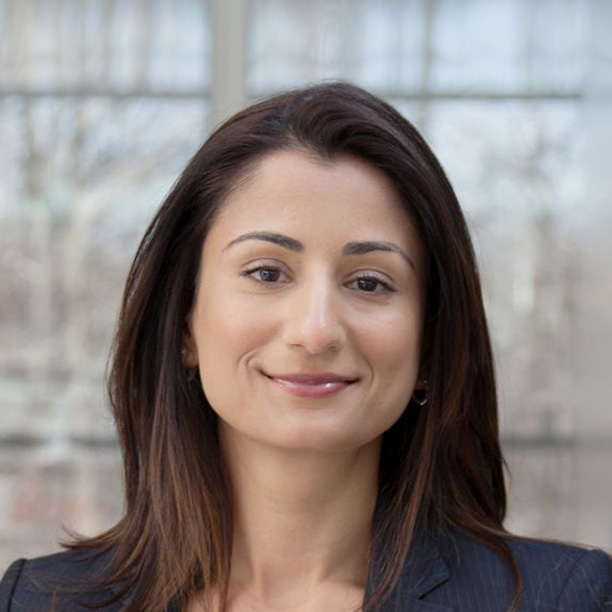 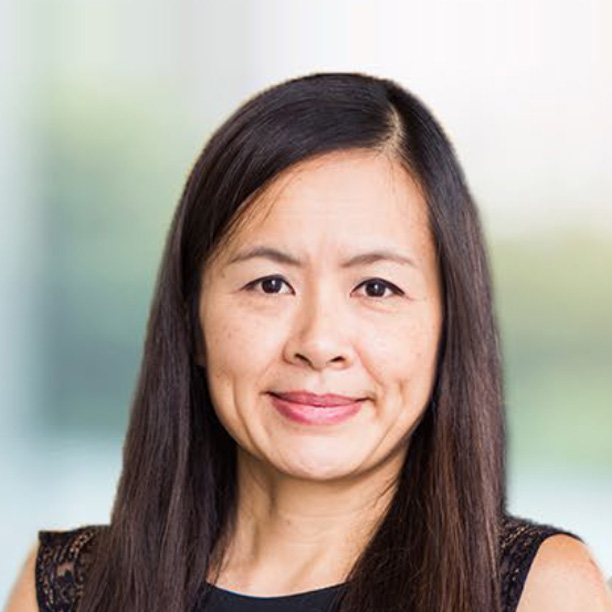 Minister
Ministry of Communications
and Information

Minister-in-charge of Smart
Nation and Cybersecurity
Republic of Singapore

Minister Josephine Teo was appointed Minister for Communications and Information and Minister-in-charge of Smart Nation and Cybersecurity on 15 May 2021. She is also a member of the National Jobs Council and the Future Economy Council, and has been concurrently the Second Minister of Home Affairs since May 2018.

Mrs Teo was the Minister for Manpower from May 2018 till May 2021. She previously served in the Prime Minister’s Office and the Finance, Transport and Foreign Affairs ministries.

A member of Parliament since 2006, Mrs Teo was formerly Chairman of the Government Parliamentary Committee for Education and Assistant Secretary – General of the National Trades Union Congress (NTUC). Mrs Teo was concurrently Chief Executive Officer of the not-for-profit organisation Business China.

An alumna of Dunman High School and Raffles Junior College, Mrs Teo graduated from the National University of Singapore, winning several honours including the Rachel Meyer Book Prize for being the Best Woman Student. She obtained a Master of Science in Economics from the London School of Economics on scholarship from the Economic Development Board.

She is married and has three grown-up children. She enjoys creating memorable experiences for family and friends.

Maria Ressa is the co-founder, CEO, and executive editor of Rappler.com, an online news organization in the Philippines. Maria, one of TIME’s Person of the Year for 2018 and TIME’s 100 Most Influential People in 2019, has been honored around the world for her courageous and bold work in fighting disinformation, “fake news”, and attempts to silence the free press.

Maria advises organizations and corporations on corporate governance, values, and strategy. Her experience as a journalist and an entrepreneur in the digital world makes her a sought-after keynote speaker and panelist.

A journalist for over 35 years, Maria has been arrested on 10 charges related to exposing the Duterte government’s corrupt practices and was convicted of cyber-libel in June. She is out on bail pending her appeal but true to form, Ressa, vows to keep fighting.

Maria was featured in the 2020 documentary “A Thousand Cuts,” which profiles her fearless reporting on the abuses of Duterte’s presidency, while also illustrating social media’s capacity to deceive and entrench political power.

Maria now travels the world speaking to organizations of all kinds on freedom of the press, democracy, and corporate governance.

Jane Sun is the Chief Executive Officer and a member of the board of directors of Trip.com Group Limited, a leading global travel services company that operates the sub-brands Trip.com, Ctrip, Skyscanner and Qunar. She first joined the company as Chief Financial Officer in 2005, later serving as Chief Operating Officer and Co-President, before becoming CEO in 2016.

In the years since Ms. Sun joined, Trip.com Group has experienced a significant increase in its market capitalization, growing from about $1 billion to $20 billion, and has continued to rapidly expand its global footprint. Founded in 1999, with the mission to “pursue the perfect trip for a better world”, the company effectively adapted to the rise of mobile Internet, growing from a small tech company into a one-stop shop for travel services for 400 million users worldwide. The company also has a firm belief in the ability for tourism to promote understanding and exchange, and to advance peaceful development. Ms. Sun led Trip.com Group’s expansion of its global presence by investing in the British travel search company, Skyscanner, and the launch of its own international brand Trip.com to serve customers all around the world.

She was named one of Fortune's Top 50 Most Powerful Women in Business for consecutive four years from 2017 to 2020. In 2019, she was named in the Forbes World's Most Powerful Women List, and awarded an Asia Society Asia Game Changer Award where she was also made a member of the Asia Society Board of Trustees. Forbes named her one in the Emergent 25: Asia's Latest Star Businesswomen in 2018, and one of the Most Influential and Outstanding Businesswomen in China in 2017. She was also one of FastCompany's Most Creative People in Business in 2017. During her tenure at Trip.com Group, she also won the Institutional Investor Awards for the Best CEO and the Best CFO.

Before joining Trip.com Group, Ms. Sun was head of the SEC and External Reporting Division of Applied Materials, Inc. since 1997. Prior to that, she was an audit manager at KPMG LLP in Silicon Valley, California. She is a member of the American Institute of Certified Public Accountants and a State of California Certified Public Accountant. Ms. Sun earned her Bachelor’s degree from the business school of the University of Florida, and graduated with high distinction. She also attended Peking University Law School, where she obtained her LLM degree.

Sapna Chadha is the Vice President of Marketing for both Southeast Asia and India at Google, currently based in Singapore. She joined Google in 2014 as Head of SMB Marketing in India. Later, she became the Country Marketing Director of India and then moved to Singapore in 2017 when she took on responsibility for Southeast Asia as well. Starting her career in the US, she moved to Asia more than a decade ago to pursue her passion in and for the region and has not looked back.

She cares deeply about making the internet equitable from a gender diversity lens and has been a pioneer of the Internet Saathi program where we have trained over 30 million women on digital literacy. Her team works across all of Google's consumer and business products driving growth and brand love for Google, and she has worked closely with product teams to make our products work better for the next billion users. She has a range of experiences in technology, consulting and financial services prior to joining Google. She started her career in consulting at Deloitte Consulting.

Ms Ritu Chandy is the Regional Chief Executive Officer for the Financial Services business in Asia Pacific for the BMW Group. Based in Singapore since July 2018, Ms. Chandy is responsible for shaping the Financial Service business and strategy across seven countries in the Asia Pacific region – Australia, New Zealand, India, Japan, Malaysia, South Korea and Thailand – as well as the strategic partnerships in Indonesia, Singapore and Vietnam.

Ms Chandy holds an Executive MBA from the University of Chicago Booth School of Business and began her career with the BMW Group in Australia in 2001. She has held a variety of senior leadership positions across the Asia Pacific region and North America throughout the past 18 years, and as of 1 April 2022, she will take on a new role as the Head of Treasury for the BMW Group, based in Munich.

Hwee Leng is the Head of Business Strategy, Risk and Governance, Asia. With nearly 20 years of experience, she has extensive experience in the Wealth Management business spanning from Strategy, Marketing to Business and Operational Risk Management.

After working as a management associate with a local bank, Hwee Leng moved into Change Management consulting with Accenture and Deloitte Consulting. Her experience in consulting was invaluable and provided a strong foundation to her career.

She re-joined the financial industry in 2004, where she began her progressive career in the wealth management space. Leveraging her consulting experience, Hwee Leng joined Citi Private Bank in 2004 as a Process Improvement Manager. She later took on a role in Business Risk Management with UBS.

In 2013, Hwee Leng joined Royal Bank of Canada (RBC) in Singapore Branch as Head of Middle Office, and subsequently expanded her mandate to include Business Risk Management and Client On-boarding at the Asia level. Today, she oversees a broad portfolio which includes Strategy, Marketing, Risk and Governance for RBC Wealth Management Asia. She is also the Deputy Chief Executive for RBC Singapore Branch.

Hwee Leng resides in Singapore with her family, including her 9-year old daughter and two lovely dog kids. 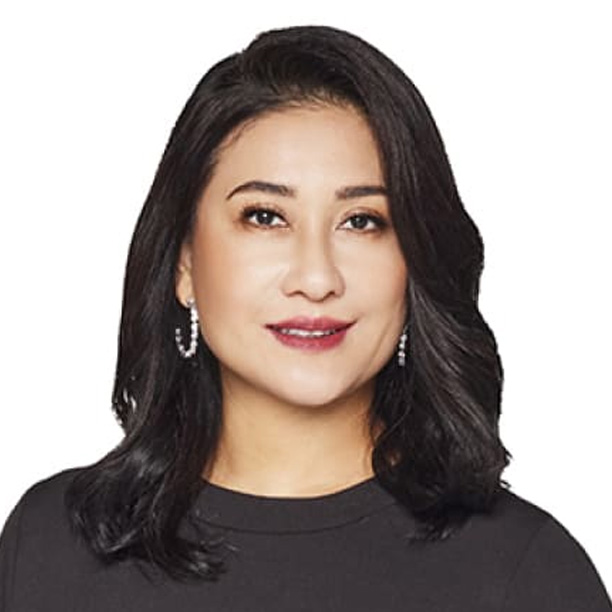 Yasmin co-presents the breakfast show on CNA938, weekdays from 6am to 10am.

Yasmin has been entertaining the masses since 1999 at Mediacorp, starting at Newsradio 938, before much longer stints on highly rated shows at Class 95 and Gold 90.5.

She spent a few more years fronting standout sports programmes on Starhub and Fox Sports Asia, until an opportunity to return to local radio came calling. She’s now come satisfyingly full circle, and expanded her repertoire to include news and current affairs at CNA938.

Yasmin enjoyed her undergraduate years at the University of Oregon, and her post-graduate journey at the London School of Economics and Political Science, and Maastricht University. 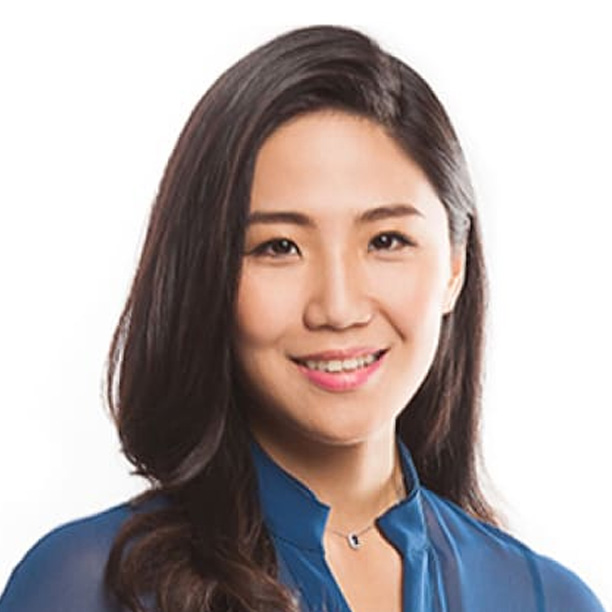 Julie co-hosts Asia First, CNA's flagship morning show which focuses on top news across Asia, including politics and policies, economies and markets, and major world events that impact the region.

She has also hosted key news bulletins on the channel, including the flagship Asia Business First, and also News Now and Asia Connect, covering the latest news from the Asian region with "live" updates from correspondents in key capital cities.

With her knowledge and expertise in South Korean politics, inter-Korean issues and business, she has been deployed numerous times to South Korea to cover key events, such as the 2017 Presidential Elections. She has a wealth of experience in interviewing senior government officials and business leaders.

Julie joined regional news channel CNA in 2014, after a distinguished seven-year career at Seoul-based Arirang TV, where she rose to the position of news presenter for Prime Time News, which she helmed from 2012 to 2014. She was also the presidential correspondent in the Blue House during the Lee Myung-bak administration from 2010 to 2011.

Julie has a Bachelor of Arts in Media Arts from Royal Holloway University of London. 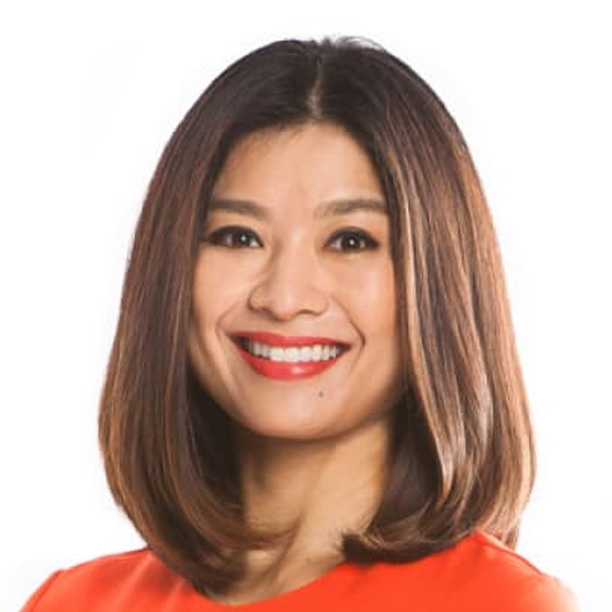 In the last few years, Otelli was involved in the station’s coverage of the US, Singapore and Malaysia elections. A former national sprinter, Otelli started her career as a sports journalist, reporting on the SEA Games and also fronted the regional coverage of the 2004 Olympics in Athens.

When not producing and presenting the news, Otelli is heavily involved in media training, and regularly conducts workshops for government ministries, universities and companies.

From lumps to breast pain, what should women in their 20s do to keep their breasts healthy?

Do you always feel sick before your period? Here’s why

Your sports bra and leggings too tight or too loose? We need sportswear designed for Asian women

Commentary: Supporting mothers at work is also about individual choices

Commentary: We ask women to be more confident – but ignore real structural problems

Commentary: Sex And The City sequel shows women’s identities not limited to wives or mothers

‘Autos are so mundane’: These women share their love of manual cars