Co-founder and Executive Director, My Community

Heritage consultant and researcher Kwek Li Yong is bringing the past to life and helping to connect communities.

Does Li Yong’s story inspire you? Tell us why!

Growing up, Kwek Li Yong was surrounded by a bevy of elderly storytellers. His paternal grandmother would regale him with tales about life in a Bugis kampung. His parents were equally sentimental people who shared with him their memories of the old days.

As a schoolboy in River Valley High, he signed up to be a guide at the Asian Civilisations Museum, which further piqued his interest in history. During his army days, he spent his weekends as a Lions Befriender in the Queenstown area. As a volunteer initiating friendly conversations with the elderly residents there, he was struck by their stories. Queenstown was Singapore’s first satellite town in 1953. Li Yong, 29, says: “When I talked to uncles and aunties living in some other estates, they would complain about their daily lives. But in Queenstown, they would reminisce about people and places instead.”

One of the most memorable tales was told by a man who had lived at Block 39A in Queenstown. His flat used to be located next to the stairwell lobby, where his family would organise parties for his neighbours and relatives. Li Yong recalls: “When talking about the demolishing of the block in 2012, the jovial uncle teared and talked about how he missed his neighbours and the simple way of life. There is a deep sense of place and identity here. It is the intangibles — like memories and meaning — which make heritage come alive.” 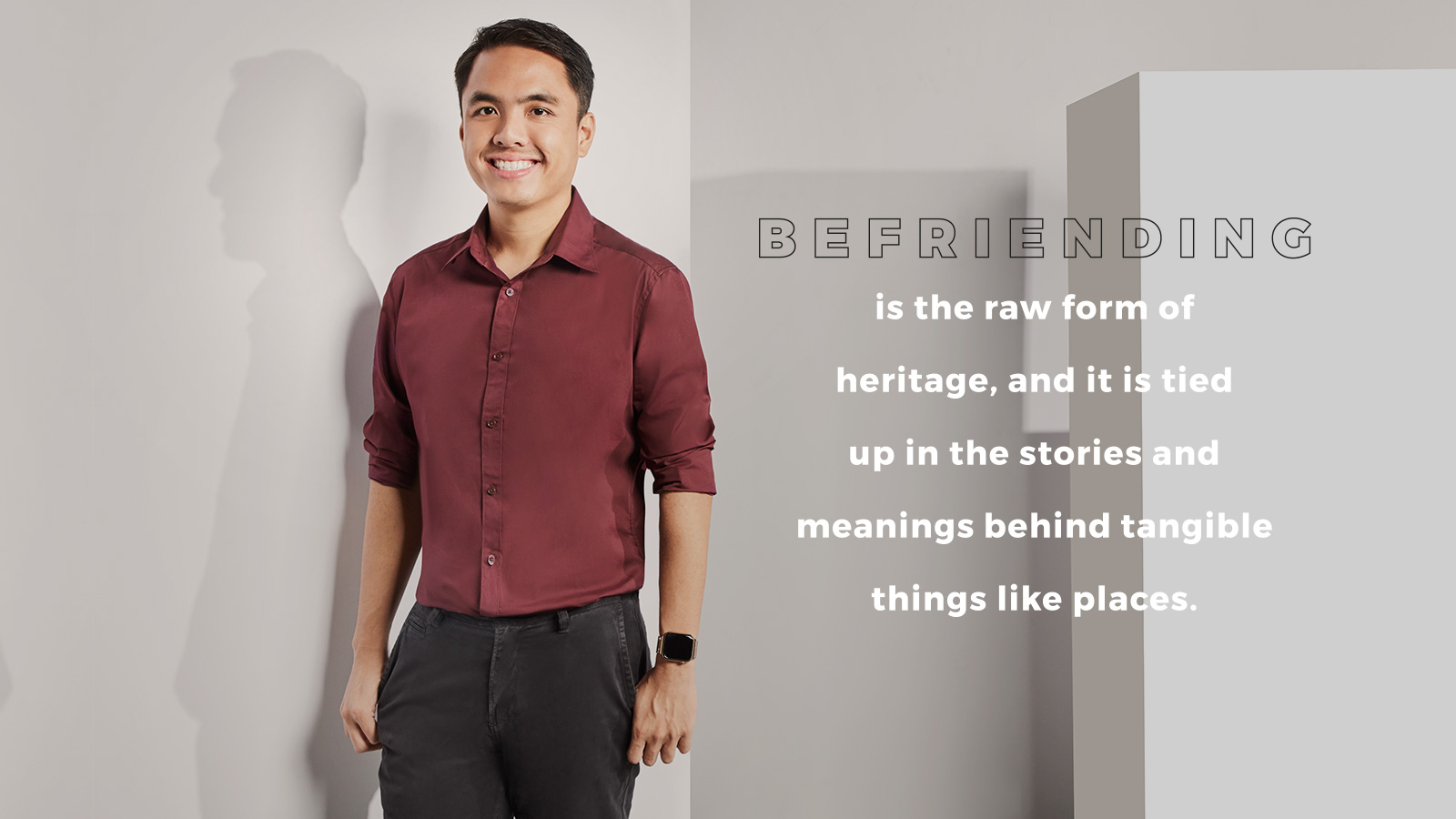 Building on collective memories to build a community

Since then, Li Yong has channelled his passion into his profession. As a heritage consultant and researcher, he is the Executive Director of My Community, a civic society he co-founded in 2010 to document social memories, celebrate civic life, and champion community arts and heritage (see box). Of the initiatives he spearheads, My Community’s guided tours of Queenstown have had an impact on the greatest number of people. Since 2010, more than 30,000 people — over 80 per cent of whom are locals — have gone for the tours. The popularity of the tours soared particularly in 2015, due to external factors. The death of Singapore’s founding Prime Minister Lee Kuan Yew and SG50 made people reflect about the past and its importance. Li Yong says: “It made Singaporeans realise that there are a lot of stories, sights and places in Singapore. These could be demolished overnight without the majority of us knowing, and it made people feel for the past.”

Building on the nostalgia for the past in Queenstown, he also started ‘Museum@My Queenstown’, what could well be Singapore’s first independent community museum in Queenstown in February this year. The museum is located on the site of a bakery and saloon that closed its doors after serving the community for over four decades, and it took My Community many years to plan and collect items for it. These include 30 artefacts, 1,500 photographs, 200 archival documents and 100 oral history records.

Li Yong and his team even painstakingly assembled some of these items, such as bowling pins and a neon “Queensway” sign from the once-popular Queenstown cinema and bowling centre that had been set to be demolished. Though the team started out without a ready pool of funds, it managed to raise more than S$250,000, mostly from residents, businesses and religious institutions located in Queenstown, including Tiong Ghee Temple, Sri Muneeswaran Temple and Faith Methodist Church.

REMEMBERING THE PAST BEFORE IT’S GONE

The work done by Li Yong and his team has brought the Queenstown community closer together via inter-generational bonding. Many of his volunteers are youths who have now been given the chance to listen to stories about the past from the elderly in Queenstown. Because about 7,000 residents are now moving out from the area as part of a Selective En bloc Redevelopment Scheme, he and a team of young volunteers have been busy with a cultural project. It aims to piece together an interactive map filled with stories from residents, their old photos and oral history interviews, of life in the area in the 1960s. For the past 18 months, these volunteers have been dropping in at the elderly residents’ homes once every fortnight to befriend them and capture their stories.

He says: “Befriending is the raw form of heritage, and it is tied up in the stories and meanings behind tangible things like places. This helps the youth to connect to the community and gives them a sense of place and identity.” It has also boosted business in the area. Since the guided tours were started in Queenstown, more people have been coming to the area, spending money at the hawker stalls and shops. He feels that youths are taking a pro-active stance in promoting culture and heritage: “More young Singaporeans have joined civic societies and non-profit organisations with the aim of contributing to the preservation of our cultural heritage. My Community has grown ten-fold since 2015.”

Li Yong has a five-year plan to grow the guided tours. “It takes a long time for heritage to be ingrained in people’s minds, it has to be sustained and continuous,” he says. He plans for My Community to involve more youths in its heritage efforts and to move the museum to a bigger space at Block 30A Margaret Drive. He is also working on setting up two more community museums in Bukit Merah. He says: “Young people are mobile, have access to technology and are familiar with different ways of documenting and presenting information. For a start, if you are a youth and you think your neighbourhood is important, start documenting stories and interacting with people now. All the places we see today might not be around in the next 20 to 30 years.” 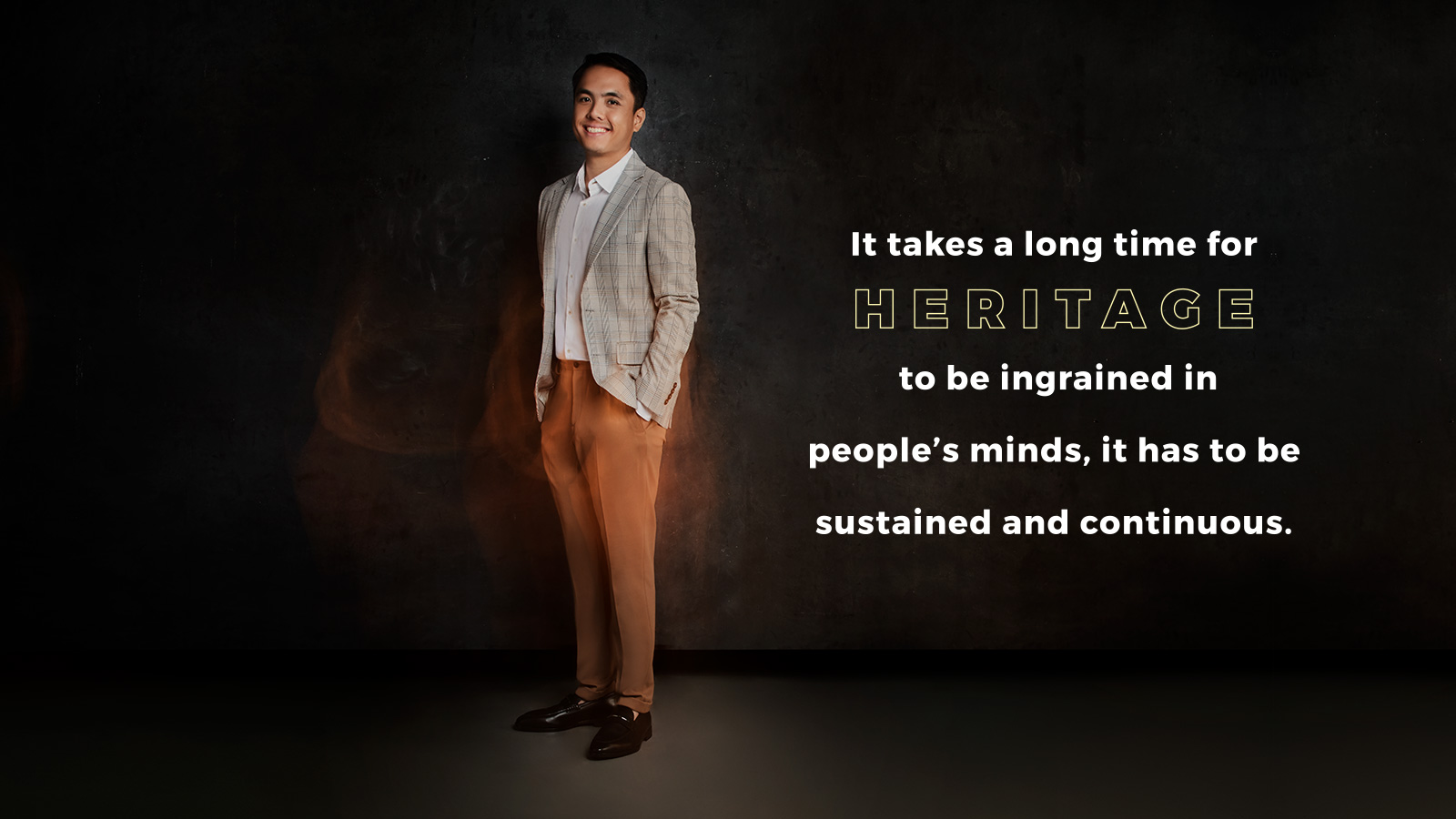 Co-founded by Li Yong in 2010, My Community documents social memories, celebrates civic life and champions community arts and heritage through events including exhibitions, festivals, guided tours of Queenstown and the setting up of Singapore’s first community museum. The number of its volunteers has also increased from 18 in 2015, to 475 in 2019, with 75% below 35 years old. They include trail guides, resident ambassadors who promote events, and researchers who go door-to-door to conduct oral history interviews with residents. 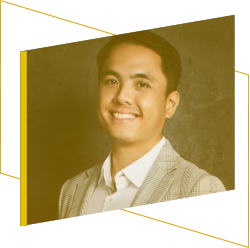 Does Li Yong’s story inspire you?
Tell us why!