Though he comes from silat royalty, getting to the top wasn’t easy for three-time world champion Sheik Farhan Bin Sheik Alau’ddin. He is now determined to pass on his hard-earned lessons to the next generation of exponents of this traditional martial artform.

Does Farhan’s story inspire you? Tell us why!

The decision to pursue silat was almost a no-brainer for Sheik Farhan, Singapore’s top athlete and defending world champion in the sport, given his family’s strong connection with it. With Singapore silat legend and CEO of Singapore Silat Federation Sheik Alau’ddin as his father — and five siblings all involved in the sport in some capacity — you could say silat runs through his veins.

In fact, silat came so naturally that the now-22-year-old full-time National Serviceman (NSF) cannot recall his first encounter with it. “Silat was just a part of my routine since I was very young, maybe a toddler,” he says.

Still, one does not become world champion — three times over, and going strong — without sheer hard work, personal sacrifice and... failure. Even as a young athlete, Farhan has experienced it all, and that is what makes him stand out from his peers and competitors. He recalls his early failures, which he admitted were due in part to complacency. Having had a taste of victory when he won a junior silat competition with little difficulty at the age of 7, he thought competing would be easy and “fun”. “But as I grew older, the competition got tougher,” Farhan says. “It was harder to try and maintain that fun aspect of the sport. It’s not really fun when you’re not winning.” 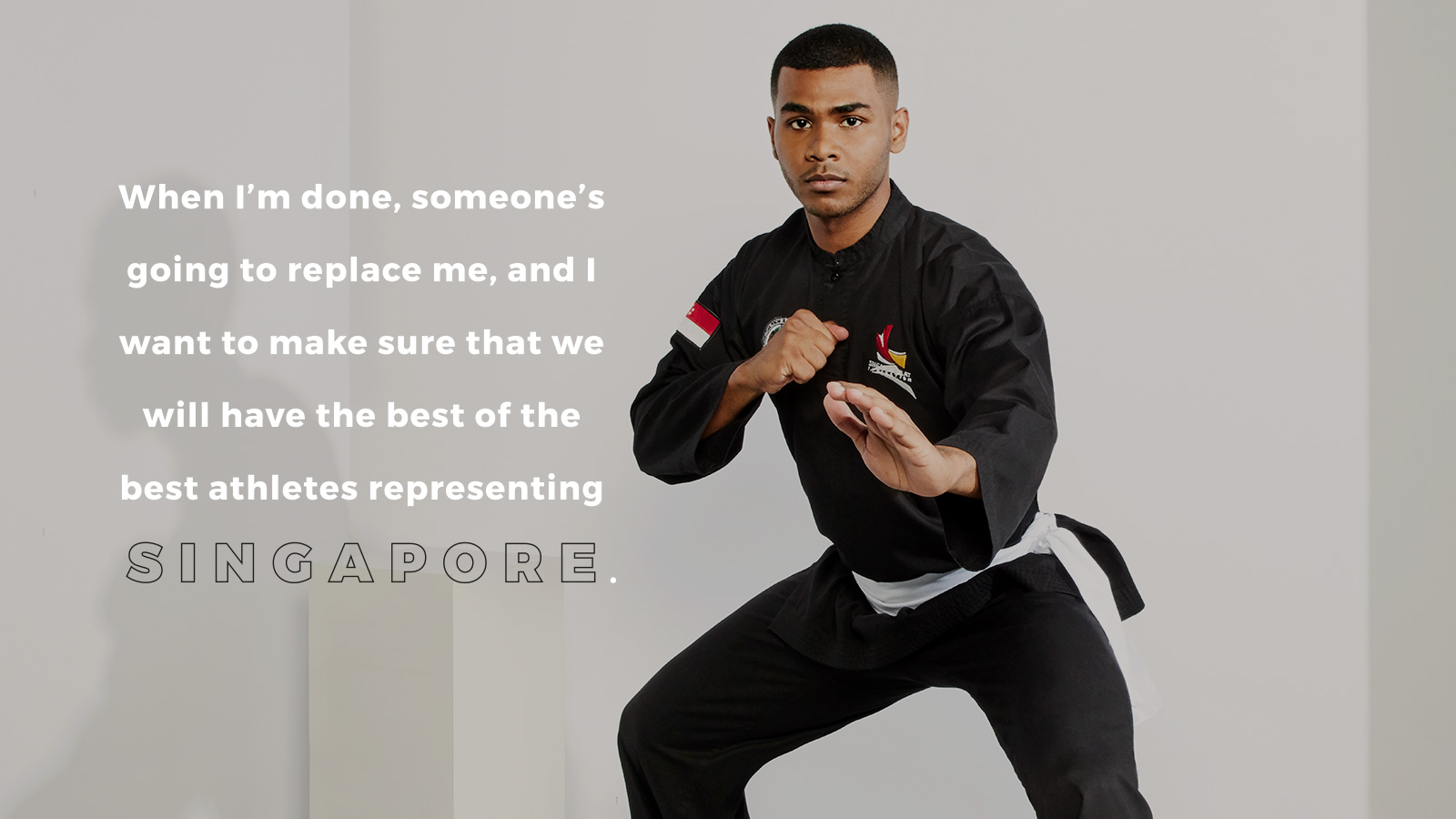 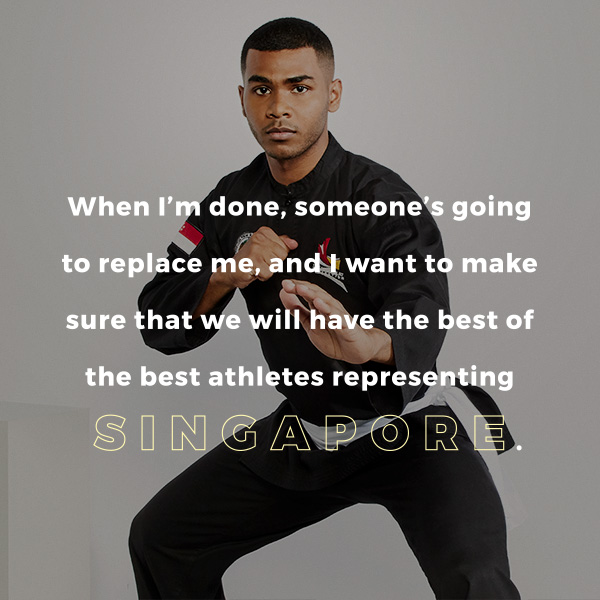 Though he managed to gain admission into the Singapore Sports School as an athlete with high potential, he was frequently disheartened when he lost — and this happened quite often. “It was really demoralising. People knew you were a student of the Sports School and that you’re the son of a silat champion. Of course, there was pressure to do well, but I also had pride, and wanted to win not only for my family but myself too.”

Initially, he thought his natural talent, skills and basic training sessions would be enough, but soon realised he had to put in a lot more work. When he turned 15, Farhan, in his own words, “woke up”. He went to the gym more, began to analyse his strengths and weaknesses and those of this opponents, and made changes to his diet. He trained strategically and holistically, something which he still practises today. His efforts paid off. “I started winning again and it felt good.”

THE PRICE OF SACRIFICE

Among his toughest challenges to attaining and defending his World Championship titles was dealing with untimely injuries. A medial collateral ligament injury, in particular, happened while he was training for the 2016 World Pencak Silat Championship, just a week before his departure from Singapore. He recalls: “Though I was not at 100 per cent during the competition, I managed to defend my world title. I am grateful for the help of my coaches, sparring partners and physiotherapist.” Farhan had also just recovered from a shin injury just before his inaugural outing at the 2015 Pencak Silat World Championships, where he first became world champion.

His dedication to the sport has come at a considerable cost. For one, he had to sacrifice his social life and stick to a strict training regime and diet. Still, it is a life he has consciously chosen, despite knowing that his parents would probably be supportive should he now decide to take a step back from silat.

Farhan is aware that as much as he is world champion, his choice of career is unorthodox to many people. Most parents may find it hard to comprehend a similar life for their children. But for the polytechnic graduate, it is precisely the discipline picked up from sport that enabled him to complete an Engineering diploma while juggling training and competitions. “It was very tough. I was very tired, waking up early to train, attend classes and doing project work on top of my assignments, then heading for training again,” he shares.

Sports has taught Farhan some of life’s most important lessons. He now passes that knowledge on to the youth in Singapore and is wholeheartedly motivated in helping to preserve silat. His many roles include helping to train and motivate younger athletes and acting as a mentor and a “bridge” between the national silat athletes and the management of Singapore Silat Federation. He makes it a point to be approachable, so the young athletes are willing to share their problems and voice their opinions. Determined to make a difference, even after he leaves the sport, he says: “I want to give back to the community that has given me guidance and support all this while. When I’m done, someone’s going to replace me, and I want to make sure that we will have the best of the best athletes representing Singapore.”

If he had one tip for youths such as himself, it is that to be successful, being disciplined, including making necessary sacrifices is critical. “Every single choice you make has to be for the benefit of your goals,” he shares. 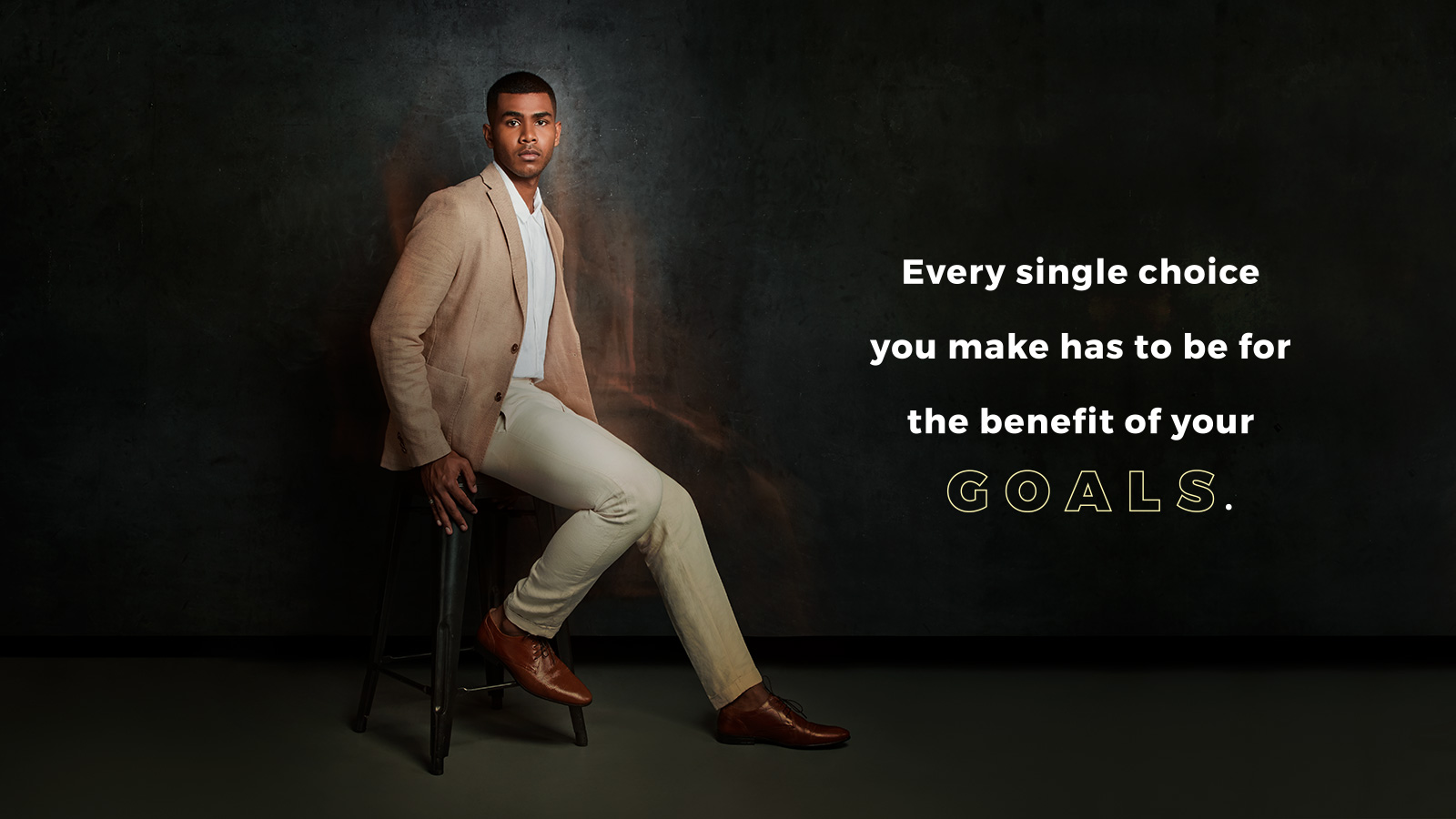 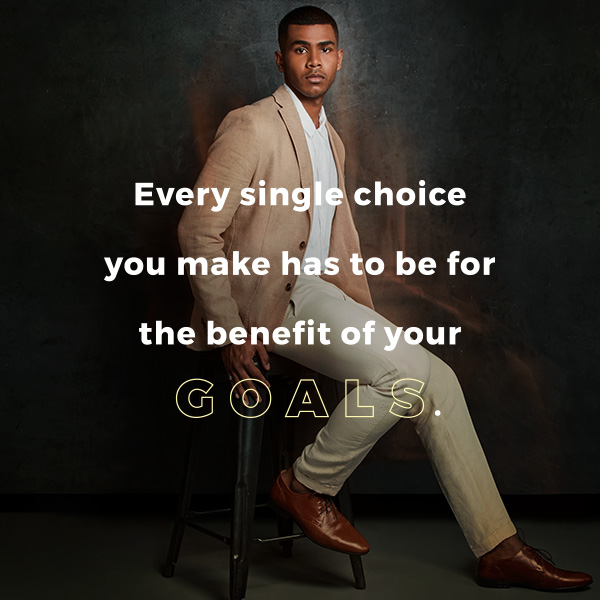 Farhan also feels that though he has, in a way, benefited from the knowledge and experience of his father and siblings in silat, he has attained his achievements through a hard-fought journey. “As a mentor or guide to others, I am able to empathise with what they are going through. I can also give helpful suggestions as I have gone through much of the same experiences,” he says. Besides mentoring athletes, he has also coached the underprivileged children of the Jamiyah Darul Maa’wa home in silat. “Silat provided me with an avenue to reach out and build relationships with them. I connected with them as a friend so that they don’t feel so alone.” 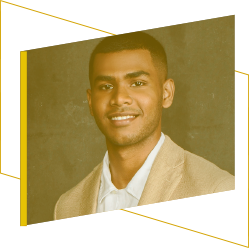 Does Farhan’s story inspire you?
Tell us why!