To Kahchun Wong, one of the youngest Asian-born conductors of a world-famous orchestra, international success means hitting the right notes of passion, perseverance and failure.

Does Kahchun’s story inspire you? Tell us why!

You could say that international conductor Kahchun Wong’s introduction to the world of music was paved in utero. When his childcare teacher mother was pregnant with him, she found a discarded piano at the void deck of their HDB block, took it home and played on it during her pregnancy.

Today, Kahchun is a world-famous conductor. One of the few Asian faces to lead top-tier orchestras in the Western classical music scene, he is an inspiration for aspiring musicians in Singapore keen on making waves overseas. He is also one of the youngest to have done so. In 2017, at the age of 31, he became chief conductor of the Nuremberg Symphony Orchestra. Earlier this year, he also became the youngest ever to conduct the New York Philharmonic, the oldest major symphony orchestra in the US.

Keenly aware of his success and a larger responsibility to pass down his knowledge, in 2016 Kahchun also co-founded Project Infinitude, a grassroots project that lets him share his love of music with children. “When you listen to a piece of beautiful and moving music, you get goosebumps. Music is a medium through which you feel elation, melancholy and joy. For children from less-privileged backgrounds, it is important for them to have this emotive catharsis,” he says. He hopes that his initiatives can inspire the next generation of young Singaporeans who wish to fulfill their aspirations. “In this day and age, there are so many new ways to spend meaningful time contributing to our own lives and the lives of others. Ownership of our dreams and goals is key to it.” 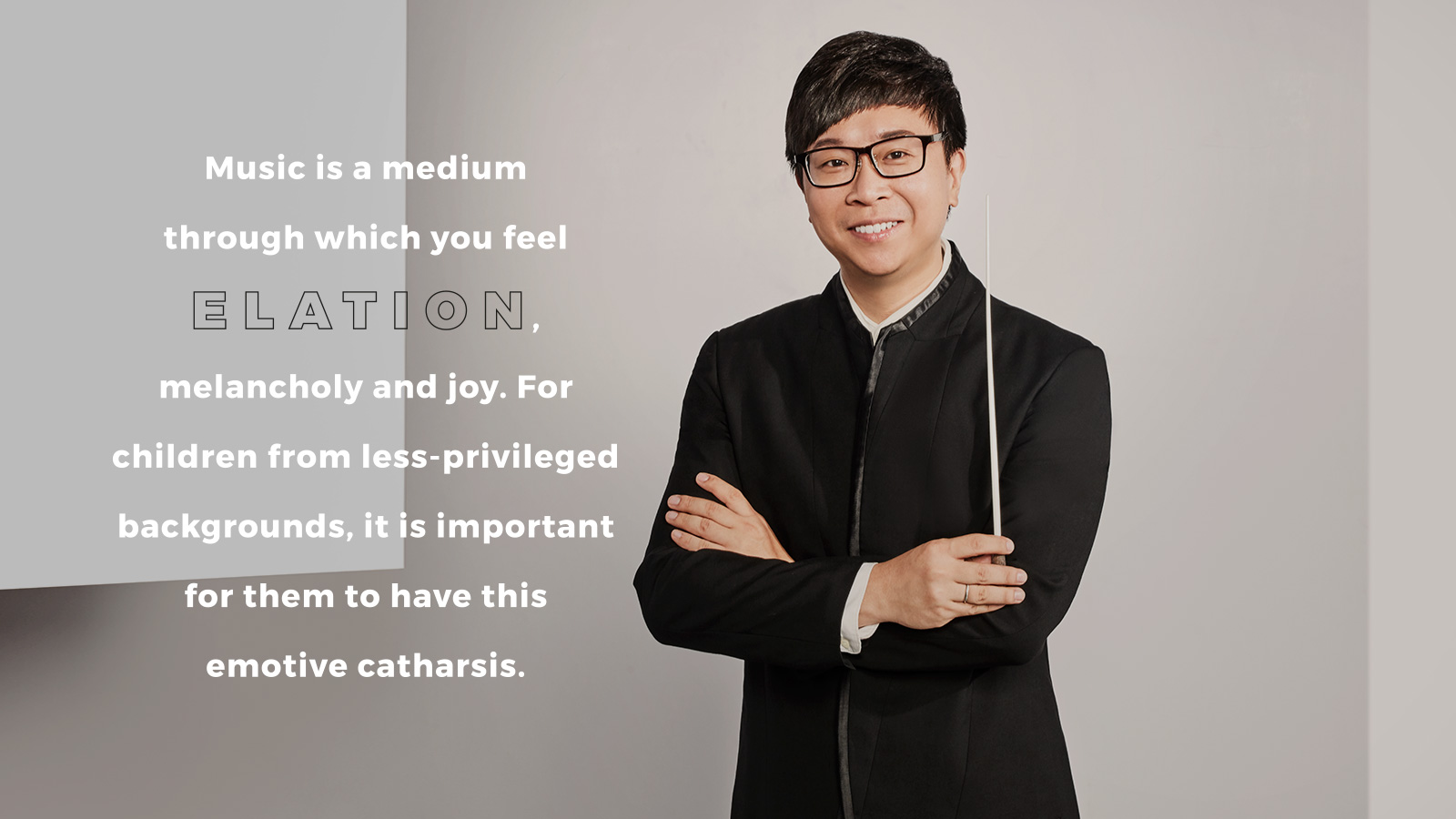 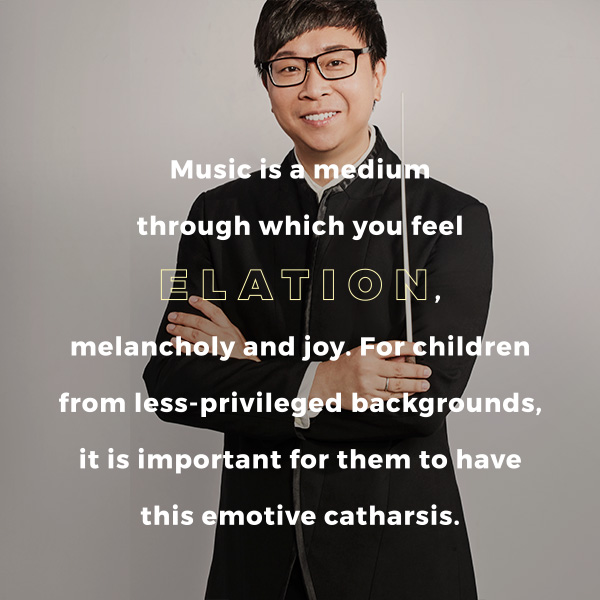 BUILDING HIS OWN DREAM

The amiable man realised he had musical aspirations of his own when he picked up his first musical instrument — a cornet — when he signed up for the school band as an Extracurricular Activity (now known as Co-Curricular Activities) in primary school. The 33-year-old, who is managed by Columbia Artists Management, is grateful for how he grew up learning music within Singapore’s education system. He stresses that learning and practising music is not a luxury reserved for a privileged minority, and describes himself as coming from “a working-class, Mandarin-speaking family in Jurong”.

“I feel incredibly fortunate to have grown up in Singapore which has such a thoughtful educational system. Through it, I received music lessons from Primary 1 through to junior college just by being in the school bands, without incurring additional costs. And I could always borrow a top-class professional instrument from my school inventory,” he reminisces.

Kahchun, who now travels regularly across the US, the UK and Europe, is also thankful for his parents’ support. His A-level results had earned him a place to read Physics at the University of Cambridge but instead, he opted for a scholarship to study at the Yong Siew Toh Conservatory of Music at the National University of Singapore. “I told my parents that I had been diligent all my life and that I had got my As, so please give me the freedom to pursue music as a life, not just as a hobby,” he says. “They respected my decision. Everything that I am a part of now, it was attainable only because of their unfailing support.” His supportive parents now attend all his concerts in Singapore, and have also gone to some in Japan that he has flown them to.

While Kahchun did not face resistance from his family, he has met challenges along the way. He remembers that his ambition was “vastly unsupported” by those around him in school — even from a young age. In primary school, a teacher had asked the students what they wanted to become when they grew up. When Kahchun answered “musician”, the teacher and classmates laughed at him. “From this experience, I thought that I had to prove them wrong and that I was not joking about my ambition,” he recalls. Fortunately, he found mentors and friends who believed in his dreams over the years. He added: “I always had the good luck of encountering new opportunities.” In junior college, he auditioned for the Singapore National Youth Orchestra a few times but was never selected. However, he then ended up standing in for a schoolmate who could not make it for practice and the teachers there enjoyed his performance and invited him to stay on.

STRIKING A CHORD IN YOUNG PEOPLE

But success is more than just being in the right place at the right time. Kahchun’s advice to young musicians wanting to follow in his footsteps is to work much harder than others. This is particularly true to him as conducting is a profession that generally doesn’t favour someone who’s both young and Asian. “When I work with a new orchestra for the first time, it’s like going on a first date. There’s a glass ceiling.” A young Asian musician performing Western classical music with musicians twice his age has to simply work harder. “I always go into every rehearsal with the mindset that I want to learn from these experienced musicians, about music from their own culture.”

Kahchun, whose musical tastes range from US progressive metal band Dream Theater to iconic rockersQueen, says that his success boils down to how much passion and determination he is willing to put in. He also feels he has to work harder than his European peers. “If they put in one hour of preparation, I put in 10. We can discuss passion, which is surely important, but without failure and perseverance, we won’t be in it for the long run.”

A consummate professional who plays to audiences ranging from 1,000 to 65,000 people — the latter at last year’s Klassik Open Air in Germany, Europe’s largest outdoor classical music concert — he admits that being a professional musician isn’t easy. In his case, it involves waking up a little after 4am almost every day. He then prepares scores for rehearsals, answers “tonnes of emails”, makes work calls to Singapore (where it’s daytime) and studies music. “On paper, it appears that orchestras work relatively little. But we have to rehearse for three to four hours a day, over one to three days. I also need hundreds of hours to research the music itself.” His motivational force? “Music is as important to me as air, water and sleep. I need it to live.” 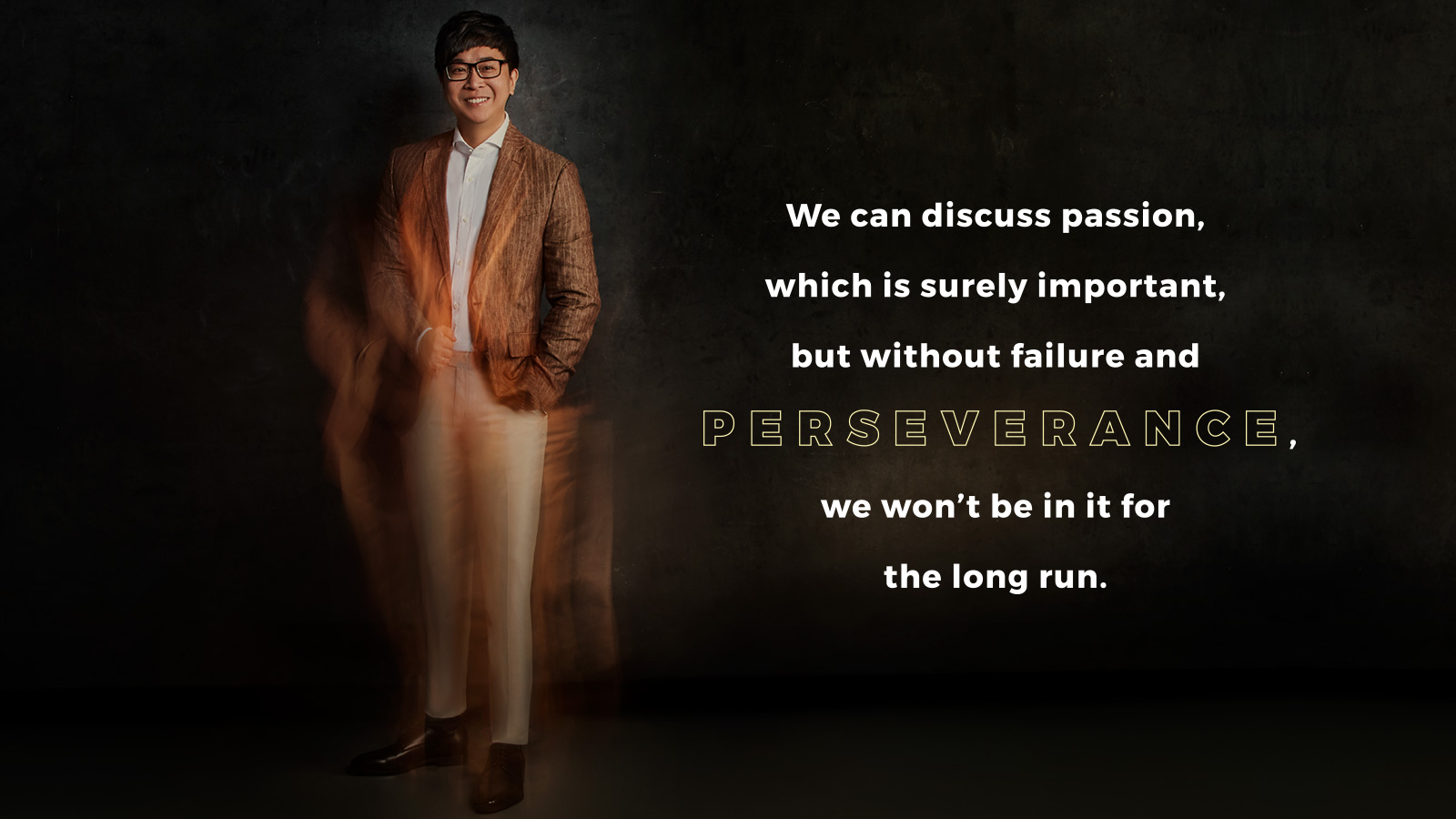 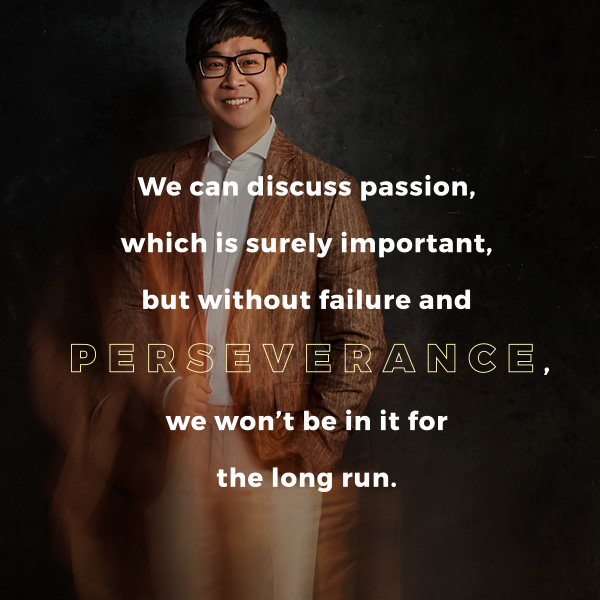 Inspired by how his own music journey started by chance, Kahchun co-founded Project Infinitude in 2016 with Marina Mahler, the granddaughter of famed Austrian composer and conductor Gustav Mahler. This project has now taken on a new life in Singapore, and has seen him back home at least six times this year to work with non-profit agency Child At Street 11. Aimed at children below the age of 12 from diverse walks of life, it aims to encourage children to believe that they deserve to enjoy music, regardless of their background.

Kahchun also believes that music inculcates cognitive and psychological life skills in young people. For instance, the children from Child at Street 11 attend Singapore Symphony Orchestra concerts, ask him questions about musical instruments over lunch and watch YouTube videos on music. They are also encouraged to participate in the creative process, like recording the sounds of falling rain. Together with their voices, this was incorporated into ‘Sunny Island’, a piece of music that was originally commisioned by Singapore’s Ministry of Education in 2017 and later performed at Klassik Open Air. 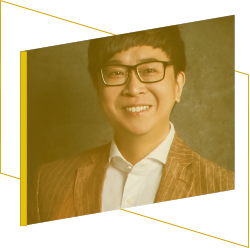 Does Kahchun’s story inspire you?
Tell us why!