Singapore’s poster girl for marine research and conservation, Neo Mei Lin packs a gutsy never-say-die attitude that has propelled her onto the world stage, which she uses to motivate more women in science to speak up and stand out.

Does Mei Lin’s story inspire you? Tell us why!

When Neo Mei Lin first started to study the relatively lesser-known — and in her own words, “unsexy” — giant clams (an important reef organism) back in 2006, she was just another university student taking the plunge into the world of research and academia.

Fast forward 13 years, and the 33-year-old marine scientist isn’t just credited with single-handedly spearheading the giant clam breeding and restocking programme here in 2011, but has also amassed a long list of international accolades. One of the most prestigious of these was being chosen as a TED fellow in 2017, one of only 15 that year. The honour is reserved for young innovators who display outstanding achievement, exemplary character and an innovative approach to solving the world’s tough problems. Her talk on the TED stage in Canada that year, “The fascinating secret lives of giant clams”, has received over 1.2 million views on the TED site.

Currently a researcher at the St. John’s Island National Marine Laboratory, Mei Lin continues to monitor the clams’ growth and survival in Singapore waters. Giant clams, which can grow to more than a metre long and weigh about 300kg, play important ecological roles as both a source of food and shelter for other organisms, as well as reef-builders. But the future of the species is in question. “Giant clams are being threatened by humans. Activities such as overfishing and the loss of habitats are the major causes of decline for giant clam populations across tropical reefs,” explains Mei Lin, who continues to study the animal locally and overseas. More than just research, what makes Mei Lin’s work gain such global attention is her focus on conservation, both among her academic peers as well as within the lay community at large. An educator at heart, she remembered having asked herself — as her first big study into the clams neared completion — “What can I do with a PhD in giant clams?”

“I remembered having this anxiety. It’s such a specialised topic. I had peers who studied broader topics, those with actual application,” Mei Lin, now a mother of a 6-month-old girl, recalls. She eventually found meaning in helping others understand the importance of conserving the clams — and the environment in general. “Sharing my research outcomes in journals and conferences isn’t enough. My work may be more accessible to the scientific community, but everyone else wouldn’t know about it. If they don’t know about my work, how can I get them to care about the giant clams? How can I get them to care about the environment?”

With this in mind, Mei Lin set out to do public outreach in Singapore, together with a community of enthusiastic and dedicated nature “warriors”, who are essentially volunteers (see sidebar). For instance, she co-founded community platform Celebrating Singapore Shores in 2018. “I see it as a form of citizen science, a merger between community and academia,” she says. “This had a huge positive impact in terms of opening up engagement with the public through science.”

Celebrating Singapore Shores is also keen on building the next generation of youth advocates for marine issues by developing a dedicated youth internship programme. More than 50 applicants signed up, and 20 active interns worked on various projects for the programme between October 2017 and February 2019. Several of these youths continued to work on their projects and advocacy, even after their internship ended.

Having spent more than a decade of being a researcher and science communicator — and a female one at that — Mei Lin has learnt to take a slew of challenges in her stride. Apart from her unorthodox choice of career, she was also one of very few women scientists in the field. “I suffered from ‘imposter syndrome’ — I always felt like I need to do a lot more just to prove that I was worthy among my peers. This resulted in bouts where I was overworked and had burnouts,” she recalls. One of the ways she overcame this was by practising strict discipline at work and in self-care.

She now wants to use her position to boost the image of marine research and of researchers, particularly young female scientists. “For example, a great opportunity that should not be wasted is in bringing the work we do outside of our labs,” she shares. “I am trying to convince as many of my colleagues as possible to do public engagement. We need to make people aware, then advocacy and education kicks in.” She has taken to playing big sister. “I try to include my younger colleagues when I catch up with overseas collaborators at conferences. I want to help them network so that local scientists can have more opportunities for collaboration to expand their work.”

Mei Lin herself now faces challenges of a different kind — balancing family, work and personal time. “I don’t really have all the answers right now, but I know to keep asking for advice, for help and for available options,” she says. “This way, I start to open up doors to various options on how I can best take care of my baby and at the same time, be successful in the work that I do.” It helps that she has also found a deeply personal motivation for continuing her conservation mission. “As a mother, I feel that my work has now taken on more meaning. It has a greater purpose now — I’m trying to leave a positive environmental legacy for my daughter,” she says. For youths who aspire to take the unconventional route like her, she has this advice: “Think about the reasons — the why — behind what you are pursuing. Find that spark within. Hold on to it throughout the journey as it can get rough.” 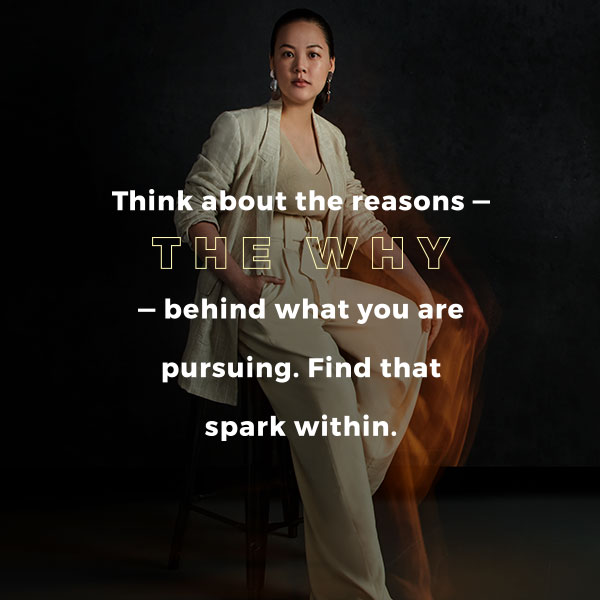 Together with long-time Singaporean eco-activist Ria Tan, Mei Lin started Celebrating Singapore Shores in 2018. This community platform brings together the Singapore marine community with partners such as government agencies, NGOs, interest groups, academics, private organisations and civil society. Mei Lin complements this by giving talks to young people at schools and institutions. She was also involved in producing the Singapore Blue Plan 2018, which outlines the state of reefs and marine life in Singapore, and how we can move forward in conserving them. Does Mei Lin’s story inspire you?
Tell us why!