An awakening in his teenage years ignited an urgent need in Dr Syed Harun to give back to the community.

Does Harun’s story inspire you? Tell us why!

When Dr Syed Harun Alhabsyi’s grandfather passed away in 2003, the then-teenager was surprised at the outpouring of grief that sprang forth from the Malay-Muslim community. While he was close to his grandfather, it was only after his death that Harun realised the impact his grandfather had made on those around him as a community leader.

Already an outstanding student and sportsman at that point, Harun took that new understanding to ponder the ways in which he could leverage his own skills and knowledge to give back to his community — the same way his grandfather had done over the course of his life.

As it turned out, Harun already had a flicker in him of what was to come. When he was in Secondary 4 at Raffles Institution, he had volunteered for a camp to mentor underprivileged children. His interactions there with kids only a few years younger deeply affected him. After the camp ended, he decided to volunteer his time with the charity to contribute more towards society. 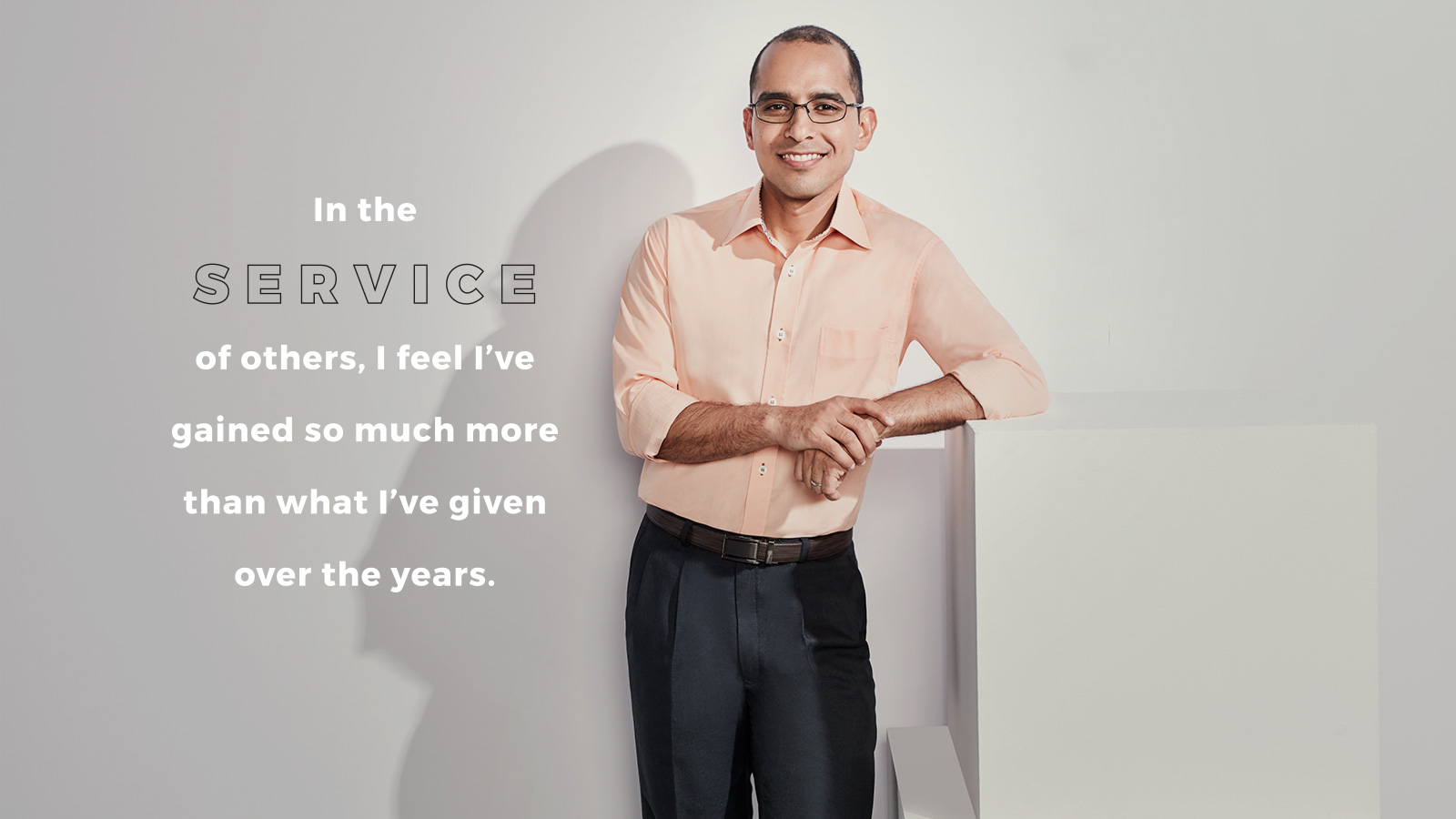 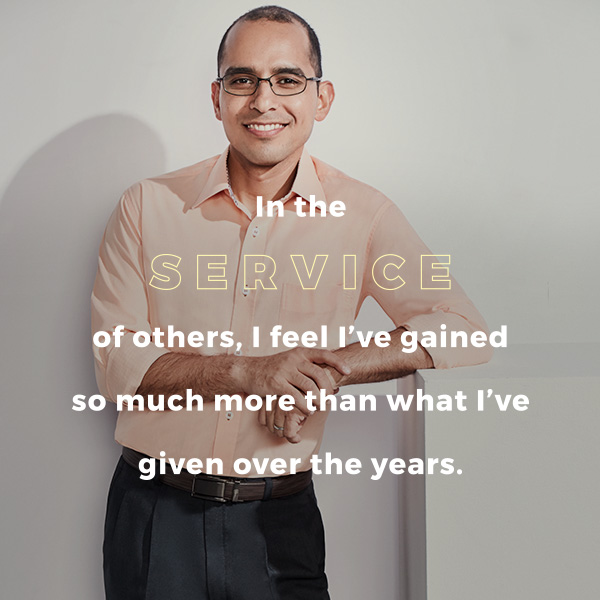 Those two experiences lighted up a path for him, and Harun felt it was one he had to tread in double-quick time. In his first year at junior college, he became a volunteer at Yayasan Mendaki, a self-help group. His community workload intensified as he went on to become a doctor — and more recently, a consultant psychiatrist — as organisations sought out his increasingly-apparent skills as a leader and healthcare professional. “All these experiences inspired me to want to make the most of my own life. Given my line of work, I am frequently reminded of the fragility of life and the importance of doing what I can while I am still able to,” he says.

This sense of urgency to help improve Singapore for the future has led him to take on several community-related roles within the Malay-Muslim community. His work ranges from helping students in need and driving change in the health habits of Malay Muslims, to motivating young healthcare professionals to contribute to society (see box). But not all of Harun’s outreach roles are limited to his immediate community. After being asked by a friend, he became a member, then later was appointed as Vice-Chair, of the Films Consultative Panel (FCP), where he facilitates discourse on films and gives input on the review of Film Classification and Guidelines. “In this regard, my training in Psychiatry has been extremely useful to facilitate and mediate between diverse, divergent and sometimes emotive views that members may have. My FCP experience has broadened my own worldview and way of thinking, and strengthened my ability to handle difficult topics and differences with mutual respect and empathy,” he says.

At present, Harun shoulders these responsibilities on top of his duties as a Medical Officer in the SAF and an Associate Consultant in Psychiatry. But while opportunities for community work come to him frequently, Harun’s busy schedule limits him to those where he feels he can make a meaningful and sustainable difference to society. He strives to maintain sufficient time for family, as juggling his multiple responsibilities presents a constant dilemma. “Balancing my work commitments and finding time to do volunteer work has always been a challenge in terms of time and energy. I’ve been told before to cut back on some of my volunteer work and focus on building my career or spending more time with family,” says Harun, who is married with no children. “But community work has really become an extension of my identity. In the service of others, I feel I’ve grown, and gained so much more than what I’ve given over the years.”

What spurs him on is the desire to live his life to its fullest potential and to give back as much as he can to others in Singapore. He explains: “I’m driven to be a better version of myself. I’ve benefited from the advice of people around me, including teachers, friends and mentors, who have reminded me that life is more than just about being one’s self. It’s really about how you contribute back to people and the community.”

YOUTH IS NO HANDICAP

For Harun, being young has never been an issue, as he punches well above his weight. While youth may be a barrier initially for some taking on more senior roles, he believes that — at the end of the day — one is judged by the actual contributions he or she makes to society.

This purpose-driven young man advises others who want to make a better Singapore to start with their own inner circle first and grow from there. “It is also important that you take care of your own family first. To help others, you must start from a position of strength,” he says. Looking ahead, he plans to deepen his skillsets in psychiatry and get involved in more community education on mental health. “I want to be able to look back at my life and give myself a pat on the back knowing that I have contributed in whatever way I can, and that I left the world a better place than when I entered it.” 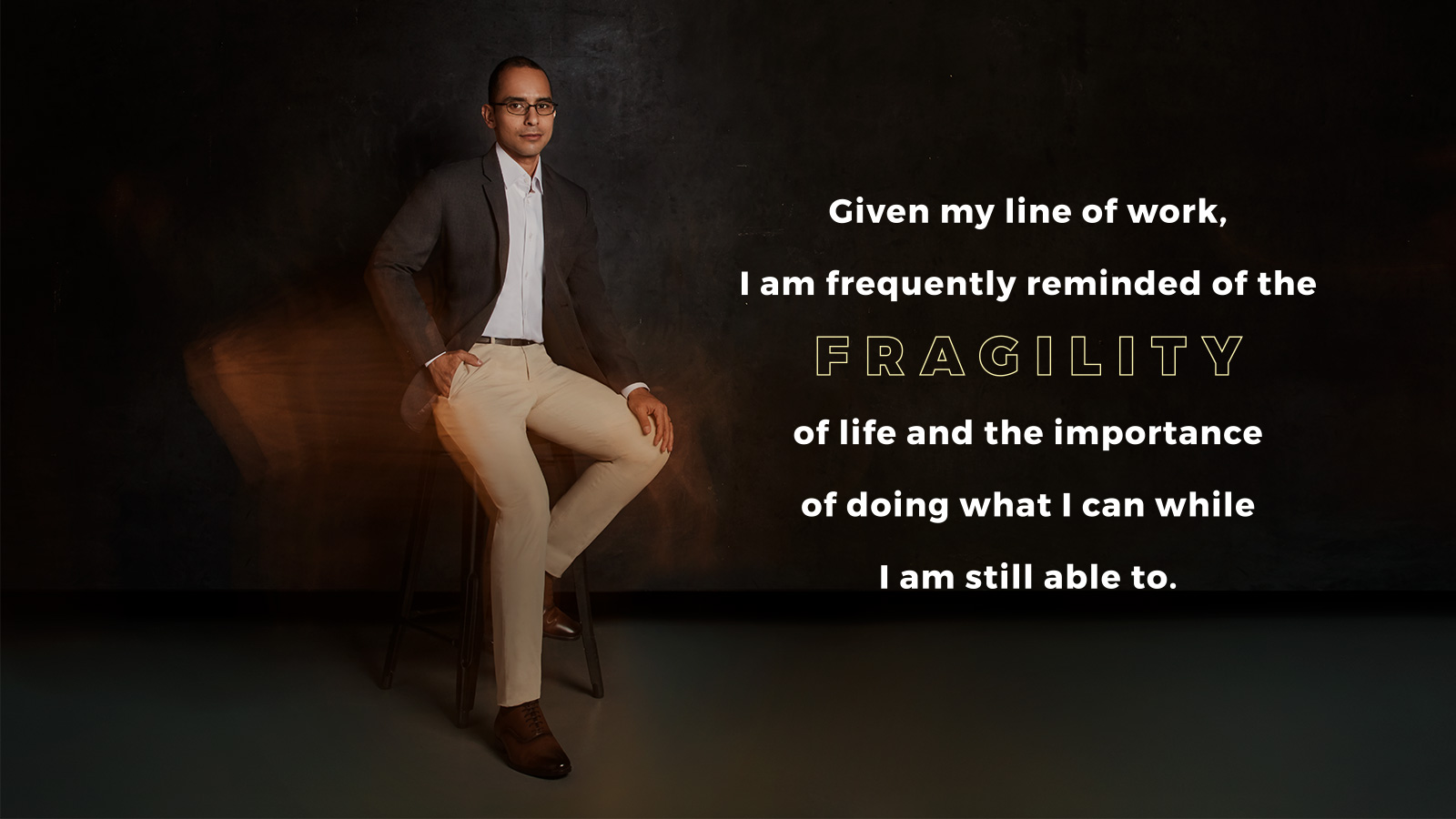 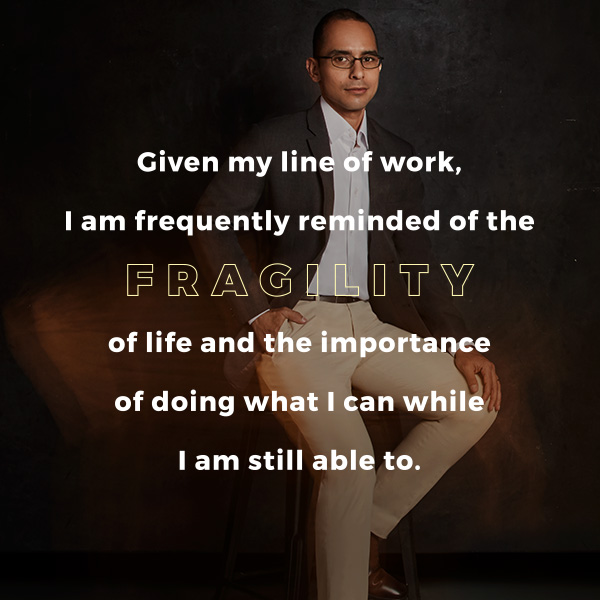 Harun’s community-related roles within the Malay-Muslim community include being the youngest council member of Majlis Ugama Islam Singapura (MUIS), also known as the Islamic Religious Council of Singapore. He is the Assistant Honorary Secretary of the Lembaga Biasiswa Kenangan Maulud (Prophet Muhammad’s Birthday Memorial Fund) and Honorary Secretary of the Muslim Healthcare Professionals’ Association. In 2014, Harun also volunteered as a Hajj Pilgrimage Medical Doctor, even though this meant delaying the completion of his specialist training. He had felt the sacrifice to be worth it as he could put his skills to good use by contributing back to his community. 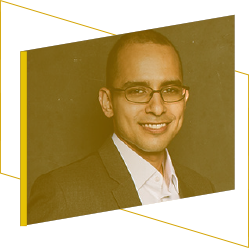 Does Harun’s story inspire you?
Tell us why!