Having risen above the odds that were stacked against him, this social enterprise founder is now making a mark in Singapore and Asia.

DOES EDWARD’S STORY INSPIRE YOU? TELL US WHY!

In his first eight years of school, Edward Yee failed a lot of his exams. All through his six years at Henry Park Primary and the first two years at St Joseph’s Institution (SJI), his dyslexia — a condition that makes it difficult for him to read and interpret words, letters and other symbols — kept academic success at bay.

At SJI, he was in the bottom 5 to 10 per cent of the cohort. Thankfully, in Secondary 3, he managed to switch to the Integrated Programme (IP) at National Junior College after taking an IQ test and being interviewed. He found it much easier to study based on application, not rote memory. Although he had difficulties with memorising, his father helped him by coming up with a visual system to highlight notes, making it easier for him to link various concepts together and picture them in his mind. 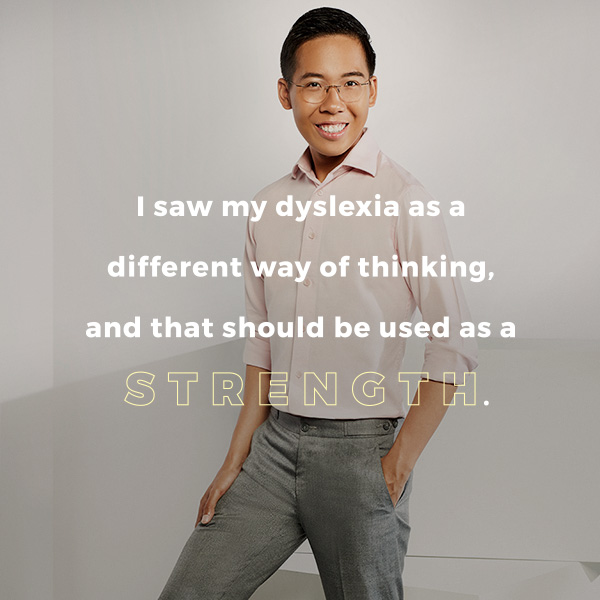 The 25-year-old says: “I saw my dyslexia as a different way of thinking, and that should be used as a strength. We see the world in images as opposed to text and words. Some strengths include being able to see the bigger picture, connecting the dots between topics or across time, and being more creative thinkers. Our education system might not be designed for dyslexics, but that doesn’t mean you can’t succeed.”

Having made strides in his own battle, he decided to help others in a similar situation. While studying Business and Accountancy at Nanyang Technological University (NTU), he proactively helped start the Dyslexia Association of Singapore’s Alumni Department, which now has 450 members. The department, he says, “supports adult dyslexics to use dyslexia as a strength” via networking events, executive functioning programmes and working with institutes of higher learning. Edward himself is walking the talk. He has been able to unleash his entrepreneurial and business instincts, embracing success as an entrepreneur by running a “bank” for social enterprises and balancing the demands of entrepreneurship with the rigours of university. “A learning disability is no barrier t o ambition and success,” he says.

Right out of NS, Edward, then 21, started a company in 2015 called Invenio that sought to equip school students with leadership and study skills. He continued to run the company as an undergraduate at NTU. But the experience soon shifted his passion toward social causes.

When he went to Bangladesh in 2016 for a social business programme run by Yunus Centre, he encounteredsocial enterprises and social businesses and was moved by what they were doing. “I met the most amazing people who taught me the meaning of empathy and what it means to be a person,” he says. “When I talked to people who appeared to be social out casts, I realised they were not just made up of unfortunate tales. They were people who have stories like us, with dreams and problems. They find solutions to problems, and I felt this was something I could not do. So, the next best thing was to support them in what they do.”

One man had invented an “air-con” using plastic bottles to keep homes cool as outside temperatures could hit 45°C. A group of ladies, who had taught themselves to use computers, were training another 4,000 women to be tech-savvy. He says: “They could not access capital, donations and loans to sustain and scale up. I thought — why can’t we make money and do good at the same time? I knew at that point in time that I wanted to support these changemakers.”

He decided to channel his financial knowledge to impact investing, giving out loans to organisations that make a positive social or environmental impact, alongside financial return. On another trip to India, he met his co-founder Irwan Malhotra, who runs a boutique in vestment bank. The duo later started Givfunds in August 2017.

Launching Givfunds was no walk in the park. Edward had to fly to India often. Over a period of several months, he met more than 1,000 people for one-on-one coffee chats and meetings. “We were a non-profit doing lending in India, using funds raised from donors all over the world. It is very different, and there were many legal and regulatory challenges. No one understood the big picture.” He adds: “From dealing with corruption to earning the respect of social sector leaders 40 y ears my senior — all while living in slums and villages — the past two years have been an amazing journey of lessons and trials.”

Luckily, with Mr Malhotra’s financial experience, as well as a team of accountants and lawyers, Edward was able to successfully navigate the course for Givfunds. One social entrepreneur Givfunds supported is a woman named Eleena, who works in what Edward calls “the most notorious jail in India”, producing educational toolkits to help lower the re-offending rate among inmates. Givfunds extended her interest free loan so she could continue her work. 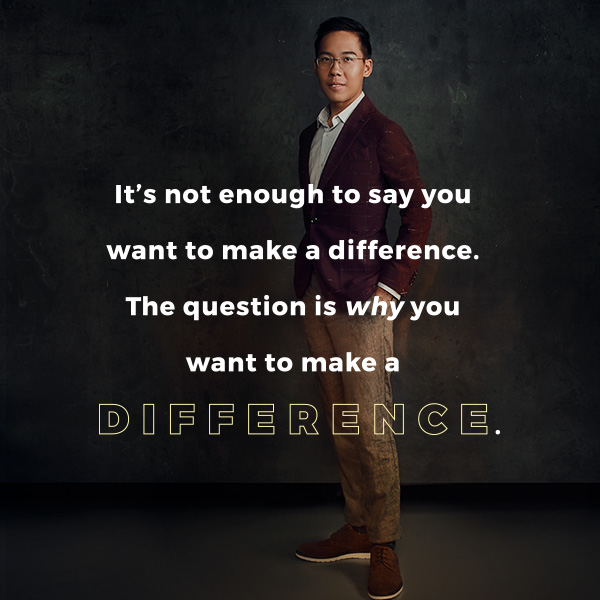 Now, Edward is about to start two Master’s degrees at Oxford University using the Rhodes Scholarship funds. While preparing for his two-year stint studying Social Data Scienceas well as Evidence-Based Social Intervention and Policy Evaluation, he is concurrently giving out loans to other social enterprises in Southeast Asia. He plans to continue his work at Givfunds while at Oxford. He says: “Like any initiative, there have been ups and downs, with challenges I have had to push through and others that I was unable to overcome. However, as difficult as those challenges are, the tenacity and grit of the people we serve constantly inspire me — the challenges we face have nothing on them.”

Edward co-founded Givfunds with Irwan Malhotra in August 2017. Givfunds offers low-cost, interest-free loans to social entrepreneurs in Asia, so they can create even greater impact. The loans are raised from donors all over the world. Edward runs Givfunds with a five-man team, with the other four based in India. It gave out 10 loans to organisations last year, disbursing about $100,000, and has already given out 16 loans this year. In Singapore, Givfunds has supported three social enterprises. Does Edward’s story inspire you?
Tell us why!